What will the termination of the WTO work for Russia 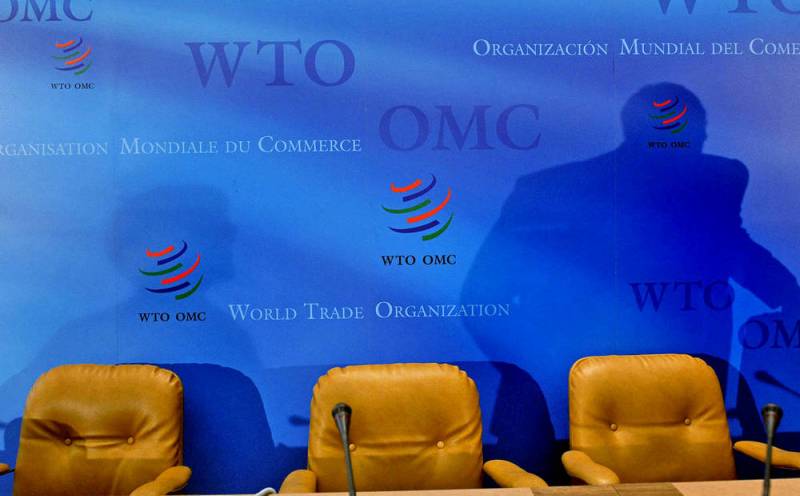 President Donald Trump dealt another blow to the globalist world order system. Due to Washington’s actions, the World Trade Organization (WTO) Court of Appeal has virtually paralyzed. What are the USA striving for, and what does this mean for Russia?


The most interesting thing is that the United States itself stood at the origins of the creation of this international organization, largely positioning it as a counterweight to the UN, where our country has strong positions. Recall that Russia has a veto in the UN Security Council, and Russian is one of the five official languages ​​of this structure. Washington lobbied for the General Agreement on Tariffs and Trade, which later became the WTO.

The United States received another instrument of economic pressure on competitors. WTO rules are maximally oriented to Western countries and transnational corporations that could widely use protectionist measures. Countries entering the organization are forced to open their economics for transnational corporations, which naturally leads to the ruin of national producers. In addition, openly discriminatory approaches are applied to newcomers. Recall that in 2009, President Putin said that Russia, Belarus and Kazakhstan would enter the WTO as a single economic space, but we were denied this. As a result, I had to enter separately, on even more unfavorable conditions.

So why is the United States breaking its own instrument of influence?

There are two reasons. Firstly, Donald Trump is an ardent opponent of the globalist project, and the WTO is one of its brightest manifestations. Secondly, economic and политическая China's power has reached such a level that Beijing has begun to represent real opposition to Washington, even within the framework of this pro-Western trade organization. Therefore, President Trump began to destroy the WTO from within.

The court of appeal of this structure is considered the highest in international trade. Its judges should be appointed for a fixed term by consensus, but the US is blocking this process. Because of this, there is only one appeal judge left today for the entire WTO who is not able to fulfill the tasks assigned to him alone. In fact, the United States halted the operation of an international merchant court. Moreover, President Trump is threatening to block the adoption of the WTO budget for next year.

If you call a spade a spade, the United States shows who is the boss in the house. Among Trump's requirements are a reduction in the financing of the organization, a decrease in the salaries of judges, and the acceleration of litigation. Obviously, President Trump will eventually get his way. It remains to be asked whether our country needs to participate in a structure where our geopolitical adversary openly dominates?

The question is not entirely clear. On the one hand, joining the WTO seems to have opened up access to foreign markets for Russia, which made it possible to apply to the international commercial court. Proponents of this step argued that this would contribute to the "modernization" of the domestic economy. On the other hand, raw materials, as was the basis of our exports, remained so. Oil, gas, timber can be sold outside the WTO. But participation in this organization required the opening of the domestic TNC market, which clearly did not help create competitive production, rather, on the contrary. As for the Court of Appeal, the current situation shows what it costs.

Recall that many economists and experts spoke out against joining the WTO. However, the country was pushed sharply into this international structure after 18 years of negotiations. A referendum on this issue was denied, and the courts sided with the CEC.

Is it time to reconsider the appropriateness of Russia's participation in the WTO?
Ctrl Enter
Noticed oshЫbku Highlight text and press. Ctrl + Enter
We are
Peace enforcement operation. Russia inflicts a preemptive strike on Kiev
US Global Economy: An End That Sneaks Noticeably
Reporterin Yandex News
Read Reporterin Google News
11 comments
Information
Dear reader, to leave comments on the publication, you must sign in.