The prototype of the Russian manned spacecraft "Eagle" was too heavy 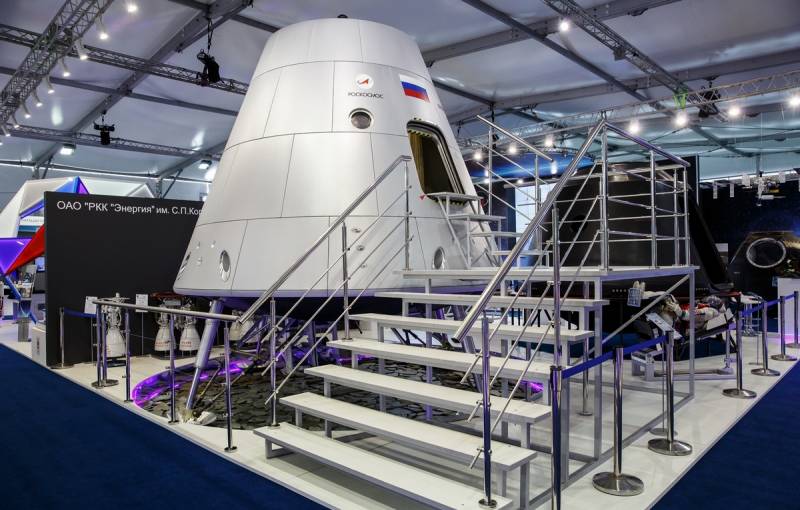 The reusable manned spacecraft Eagle, which in the future should not only replace the Unions, but also be used for flights to the Moon, turned out to be heavier than provided by the technical design. This was reported by the agency. RIA Newsreferring to information from RSC Energia.


At the moment, the mass of the prototype of a promising ship is 22 tons 343 kilograms, which is 2495 kg more than determined by the project. At the same time, the indicator mismatch with the norms is observed in almost all of the main systems of the "Eagle".

Based on the materials of RSC Energia, the excess of the mass stipulated by the project in the cable network, life support system, propulsion system and docking system is 201, 109, 107 and 90 kg, respectively. However, despite this, the manufacturer claims that flight tests of the device can be fully carried out even with the aforementioned “overload”.

Recall that the development of the new generation spacecraft “Eagle” (formerly called “Federation”) started in 2009. The manned vehicle will be able to take on board up to 6 people and 500 kg of payload. Autonomous flight time is 30 days, in the ISS - up to a year.

The first unmanned launch of a promising ship is scheduled for 2023. By that time, probably, the mass of the device will be adjusted in accordance with the technical design.
Ctrl Enter
Noticed oshЫbku Highlight text and press. Ctrl + Enter
We are
Cheap and cheerful: Roscosmos wants to deliver people to the ISS in just two hours
The end of the "Union": the Americans did not leave Russia a chance
Reporterin Yandex News
Read Reporterin Google News
2 comments
Information
Dear reader, to leave comments on the publication, you must sign in.