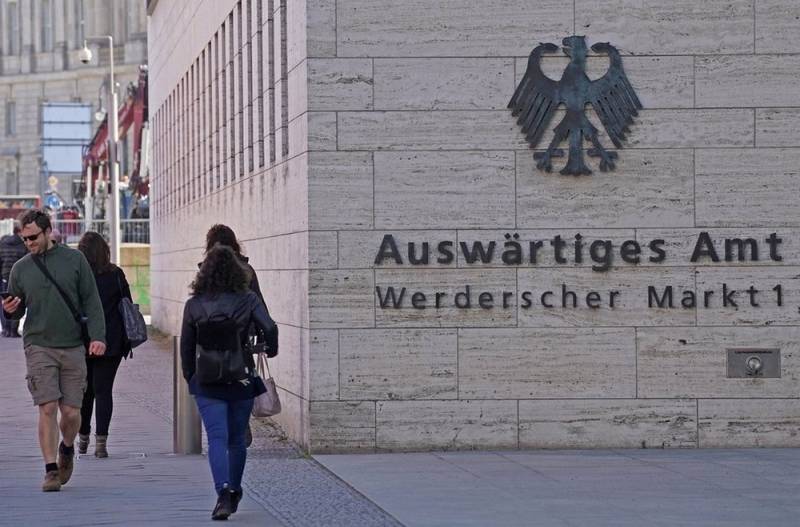 
The German Foreign Ministry said that the federal government "with regret" took note of the decision of the Russian government to expel two employees of the German embassy.

According to the diplomatic department of Germany, such a decision of the Russian leadership "sends the wrong signal and is unjustified."

At the same time, the German Foreign Ministry refuses to explain why the expulsion of Russian diplomats, only on the basis that Russia, in the opinion of the FRG, "does not help enough" in the investigation of the murder of the criminal and terrorist Khangoshvili, was justified.

Also, in this statement, the German Foreign Ministry noted that the federal government "reserves the right to take further steps."

However, something makes us suppose that on the mutual expulsion of diplomats, the maneuvers of the two countries around the murder of a terrorist who managed to fight in Chechnya and Georgia, as well as organize a terrorist attack in Russia, will end.

The basis of this conclusion is the belief that Russia and Germany have too much interest in each other in various fields, so that because of the murdered criminal it is unnecessarily spoil, in general, not the worst relations.
Ctrl Enter
Noticed oshЫbku Highlight text and press. Ctrl + Enter
We are
The likely scenario of relations between the Russian Federation and Germany after the expulsion of diplomats
Germany expelled two Russian diplomats over murder in Berlin
Reporterin Yandex News
Read Reporterin Google News
Ad
We are open to cooperation with authors in the news and analytical departments. A prerequisite is the ability to quickly analyze the text and check the facts, to write concisely and interestingly on political and economic topics. We offer flexible working hours and regular payments. Please send your responses with examples of work to [email protected]
7 comments
Information
Dear reader, to leave comments on the publication, you must sign in.