5 years and 40 billion cubic meters per year for Ukraine: what Putin and Gazprom are silent about 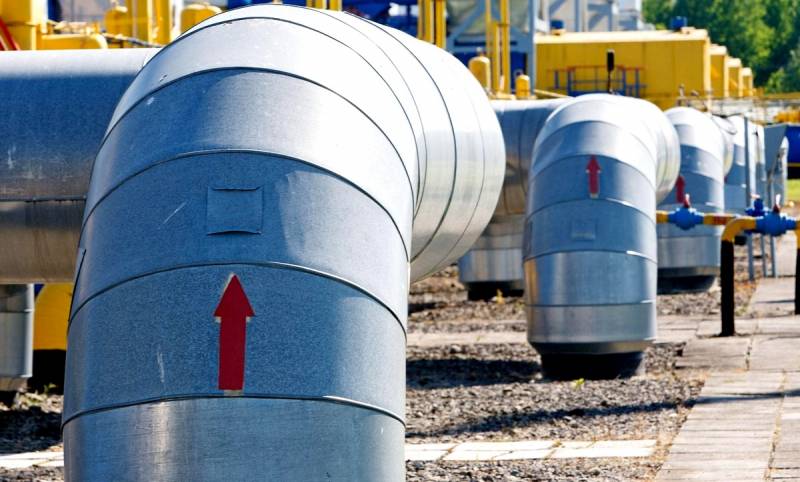 Three weeks are left until the end of the transit agreement with Ukraine. On January 1 of next year, either the “gas war” will begin, or the parties will be able to come to a compromise in the remaining time. Presidents Putin and Zelensky tried to find common ground on an acute problem in Paris at the highest level. To what could the heads of two states agree?


So far, two Vladimirs are “darkening” without revealing details; moreover, the official statements of the parties sound very contradictory. However, the available facts may be enough to make an overall picture of what happened.

At first, Ukraine finally passes to the European rules of the game. President Vladimir Zelensky on the eve approved the creation of the OGTSU, the new operator of the Ukrainian GTS. According to EU requirements, the functions of gas production and transportation should be divided, which was done through the reform of Naftogaz of Ukraine.

Further, the Ukrainian company will have to get approval from the European operators of gas transmission systems, which is not fast, but Kiev can meet and limit itself to accelerated certification. After that, the OGTSU will be entitled to hold the first auction to reserve its transit capacities. He has one client - Gazprom. If the Russian monopolist does not appear at it, then the auction will be declared invalid. The key question is under what conditions will an agreement be reached by then.

Secondlyif you believe the statements of the Ukrainian side, Kiev was able to “bend” our “national treasure” well. Recall, a few years ago, the leadership of the state corporation assured that there was no talk of any transit through Ukraine after 2019. The company tried to evade the payment of the fine awarded by the Stockholm arbitration, insisting on the mutual cancellation of claims. Instead of a 10-year contract, Gazprom tried to push short-term, one-year. Since then a lot of water has flowed. Concessions follow one after another. At first, the country's leadership allowed the continuation of transit, but on “economically advantageous” conditions. The state corporation paid a significant part of the debt to Naftogaz without further comment.

Now the following picture looms. It seems that the Ukrainian president nevertheless left the winner.

According to Zelensky, the new transit agreement will be “in the middle” in terms of time, that is, it would be reasonable to name 3-5 years. A five-year term also emerges from the issue of resolving the debt of Gazprom. The company will be able to extinguish it with gas, taking into account the discount that Putin offered. Just goes 5 years. There is a question on gas pumping volumes. The state corporation insisted on the level of 10-15 billion cubic meters. But now a prominent Russian energy expert Igor Yushkov admits that the figure could grow to 40 billion cubic meters annually. Of course, he is an unofficial person, but he knows better.

If you call a spade a spade, this is a victory for Kiev. The Ukrainian president delicately called her a "draw." The Kremlin did not confirm the information on reaching agreements. But, as you know, anger, bargaining, depression, and then acceptance, follow the stage of denial.
Ctrl Enter
Noticed oshЫbku Highlight text and press. Ctrl + Enter
We are
Peace enforcement operation. Russia inflicts a preemptive strike on Kiev
Three years left: Ukraine will be sold in parts
Reporterin Yandex News
Read Reporterin Google News
54 comments
Information
Dear reader, to leave comments on the publication, you must sign in.