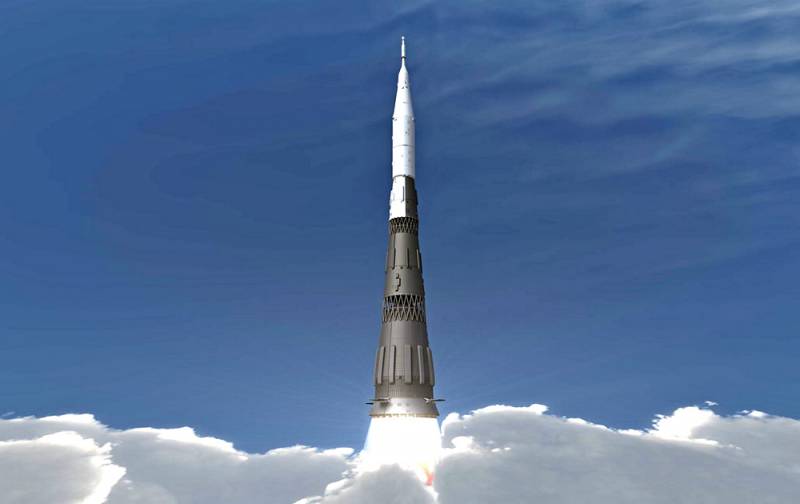 The Agat branch financial institution, which is part of the state corporation Roskosmos, has submitted two concepts of a promising superheavy class rocket to the Government for approval. This was reported by the agency the day before. RIA News with reference to a source in the rocket and space industry.


At the moment, it is known that the organization has proposed two options for the look of the future superheavy carrier. Development costs range from 700 billion to 1 trillion rubles.

Recall that Roscosmos is designing two versions of the superheavy launch vehicle Yenisei and Don. The first carrier will be able to deliver goods from 100 tons to low Earth orbit and from 27 tons to the moon. In turn, its heavier version of the Don will be able to output between 140 and 33 tons, respectively.

At the end of November, it became known that the scientific and technical council of Roscosmos decided modify the project of the domestic superheavy launch vehicle in such a way that in the future it could carry out a number of additional tasks (except for flights to the moon).

As the director of Agat Dmitry Chirkin stated, it is difficult to say in what form the Government will approve the superheavy carrier program. As for the flight tests of a promising domestic missile, they will at best begin at the end of the next decade.
Ctrl Enter
Noticed oshЫbku Highlight text and press. Ctrl + Enter
We are
Quiet Don: What is heard about the most powerful rocket in Russian history
Trillion "Baby": Why Russia needs a super-heavy Yenisei rocket
Reporterin Yandex News
Read Reporterin Google News
Ad
We are open to cooperation with authors in the news and analytical departments. A prerequisite is the ability to quickly analyze the text and check the facts, to write concisely and interestingly on political and economic topics. We offer flexible working hours and regular payments. Please send your responses with examples of work to [email protected]
12 comments
Information
Dear reader, to leave comments on the publication, you must sign in.