Having lost Russian transit, the Balts faced an economic collapse 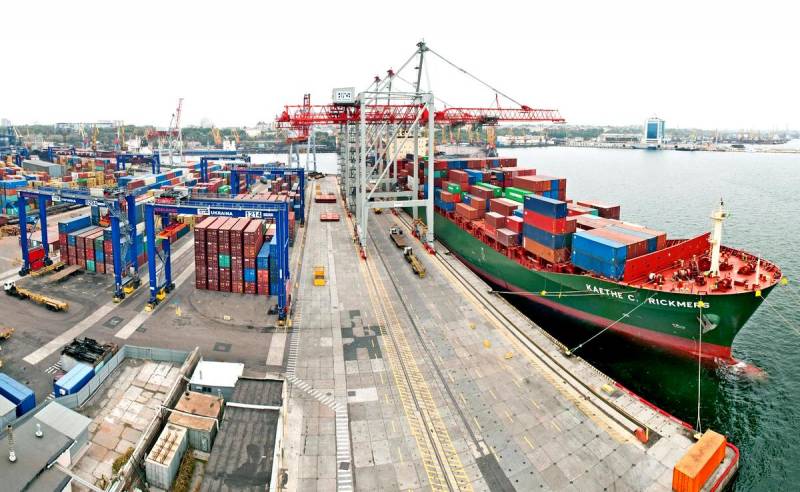 Latvia, once one of the most prosperous Soviet republics, is on the verge of a complete economic collapse. Russophobian policy Riga and the “western course” cost a small Baltic country too expensive.


The director of the State Railway Administration of Latvia, Juris Jesalnieks, made extremely gloomy assessments and forecasts on Latvian television. According to him, the Russian government "very seriously" approached the issue of the final transfer of freight transit to its own ports. For a small coastal state this is very bad news.

Admittedly, Riga itself made its choice. Jumping out of the USSR, Latvia rushed into the arms of the West. The payment for integration with the "big brother" in the person of the European Union has become a large-scale de-industrialization of the country. So, on the site of the legendary Riga factory Radiotehnika there will now be a store of a foreign network of household goods. Instead of the Riga State Electrotechnical Plant VEF, a shopping center has long been standing. A large store takes the place of the Riga Alpha plant, which once produced semiconductor components. And so on, the list goes on for quite some time.

Deindustrialization was naturally followed by depopulation. Journalist Yuri Alekseev, who once worked at one of the closed Latvian enterprises, says:

There was still transit. The Baltic states has traditionally been our sea gateway to the West. But the “three sisters” managed to ditch this too. The Russophobic policies of Riga, Vilnius and Tallinn, their active role in the deployment of NATO forces near the Russian borders led to the fact that the Kremlin made a strong-willed decision to take their last trump card from the Baltic states.

Transit over the past few years has begun to consistently reorient to Russian ports. Latvians tear their hairs on their heads: transshipment volumes fall every year. According to Juris Iesalnieks, from the beginning of 2019, losses on fertilizers amounted to 16%, for grain - 12%, for bulk cargo - 11%. Even worse with coal. Coal transit through Riga previously reached 39% of the total. About 80% of this fossil fuel from Russia was purchased by leading European powers. But the trend is that Western and Northern Europe are deliberately moving towards the gradual abandonment of the use of coal in their energy sector. All the traditional customers of the Port of Riga are now members of the Alliance Against Coal.

This is a fiasco. From total collapse the economy little Latvia can save only a miracle. As a potential savior, Belarusian President Lukashenko is acting. Offended by Lithuania because of its position on the BelAES, Alexander Grigoryevich decided to “make a pleasant” Riga:

We have no access to the sea, and if Lithuania does not really want to cooperate with us, then we must focus on Latvia. It is necessary to ensure that this republic enjoys cooperation with Belarus.

Belarusian transit may prolong the torment of a small state for some time, but it will not correct the situation radically. Moreover, Moscow itself lures Minsk into its ports. If this happens, Latvia will face a complete economic collapse.
Ctrl Enter
Noticed oshЫbku Highlight text and press. Ctrl + Enter
We are
Peace enforcement operation. Russia inflicts a preemptive strike on Kiev
We must be friends with Russia: the Baltic states came to their senses too late
Reporterin Yandex News
Read Reporterin Google News
12 comments
Information
Dear reader, to leave comments on the publication, you must sign in.