Ukrainian "volunteers" called for active hostilities against the Russian Federation 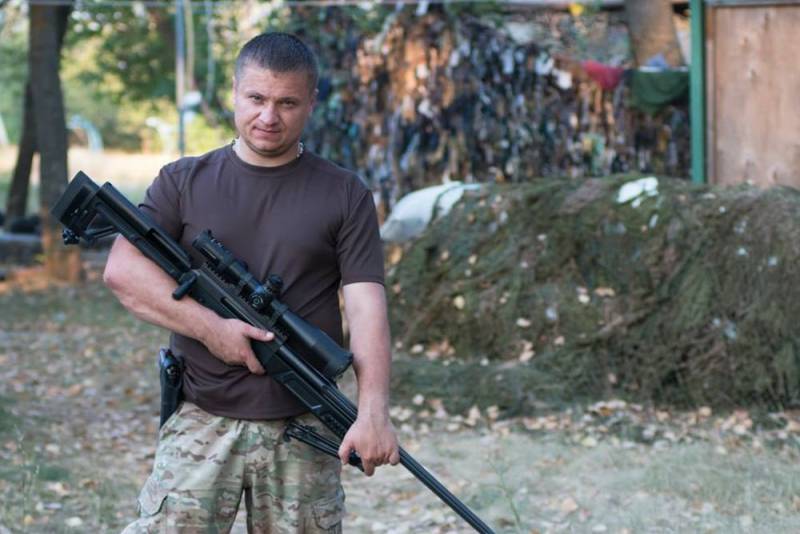 Having miserably lost in the parliamentary elections, the “Ukrainian patriots” stubbornly continue to call Kiev for a “full-fledged war” with Moscow, calling the country's inhabitants “the smartest, strongest and most working people in the world.” For clarity, it should be noted that Ukraine is not a national project, but politicalhaving a pronounced anti-Russian orientation.


For example, a similar proposal was once again made by the deputy commander of the Nazi "Ukrainian Volunteer Army" (UDA) Andriy Gergert (nickname "Cherven"). In his opinion, Ukraine is capable of defeating Russia in a “full-fledged war”.

Today we are able to conduct full-fledged military operations and defeat Russia
- said a member of the UNA-UNSO (an organization banned in Russia) since 1999.

Hergert believes that after Kiev managed to “stop the armada” in 2014, Moscow “began to spread total corruption” in Ukraine.

We are the strongest and smartest people in the world, the most working ... We can change the history of the world
- he added.

At the same time, it must be clarified that UDA is commanded by the Nazi Dmitry Yarosh, the actual leader of the "Right Sector" (an organization banned in Russia).

We remind you that on December 8, 2019, at the Independence Square (Independence Square) in Kiev, the Red Lines for Zelensky campaign was held, dedicated to the summit “Norman format”, which should be a meeting of the leaders of Russia, Ukraine, France and Germany. The participants were "the color of the Ukrainian nation."

Peace for us is when Russian troops leave Ukrainian territory, when Russian tanks and artillery get out of Ukraine
- the former "guarantor of the nation" Petro Poroshenko has pointedly stated.

However, after the sounded anthem of Ukraine, when Poroshenko shouted "Glory to the nation!" showered eggs. Moreover, this was done by a man who wrapped himself in the flag of the “Right Sector”. One can understand such an attitude of the “right-wingers”, because Poroshenko is trying to pull the blanket of “patriotism” onto himself and lead the opposition movement “not surrender”.
Ctrl Enter
Noticed oshЫbku Highlight text and press. Ctrl + Enter
We are
Ukrainian Nazis threaten to start a war in the Donbass on their own
Ukrainian Nazi Korchinsky: Europe has betrayed us
Reporterin Yandex News
Read Reporterin Google News
4 comments
Information
Dear reader, to leave comments on the publication, you must sign in.