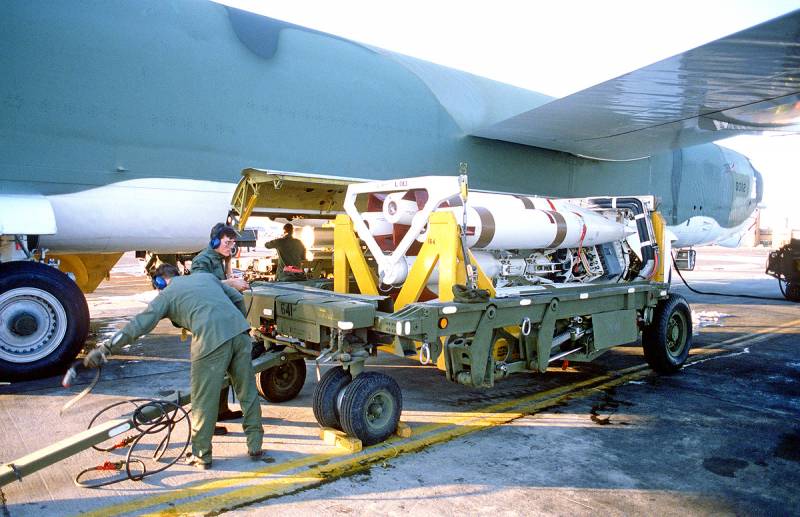 The START-3 treaty expires a little over a year later, the last after the liquidation of the INF Treaty by an international agreement guaranteeing nuclear safety. Judging by the position of President Trump, the United States can bury START-3, and for good reason.


Recall that START-3 (Strategic Offensive Arms Treaty) entered into force in 2011. According to him, a regime was developed to reduce Russia and the US nuclear weapons and their delivery vehicles. The contract is valid until February 2021, but can be extended for another 5 years.

The significance of this agreement between the two largest nuclear powers for world security can hardly be overestimated. However, Moscow and Washington obviously have different approaches to its extension. President Vladimir Putin said bluntly the day before:

Russia is ready to immediately, as soon as possible, right before the end of this year, without any preconditions, to extend the START-3 treaty.

However, his colleague Donald Trump took a very ambiguous position. In words, he declares that he is interested in further work on the contract. But in fact, everything is completely impossible conditions, namely, the involvement of China and "some other countries."

No, Beijing will not participate in the new agreement. China, in principle, does not intend to bind itself with any restrictions, since in the most important components of the nuclear triad it is inferior to both Russia and the United States, and does not intend to maintain a similar situation. Moreover, President Trump talks about "some other countries." Which for example? DPRK? It turns out that Washington is ready to talk about some new treaty, which it is simply unrealistic to conclude before February 2021, and not about the extension of START-3 with Russia.

What does the head of the White House tend to?

The American historian Peter Kuznik, who is the director of the Institute for Nuclear Research, believes that Donald Trump has already decided for himself that START-3 will not be extended. This is evidenced by all his previous moves: withdrawal from a nuclear deal with Iran, withdrawal from the INF Treaty. A similar point of view is shared by Russian military expert Vladimir Kozin:

They are preparing for the creation of a fundamentally new and qualitatively effective strategic nuclear triad.

The United States intends to strengthen its status as a world hegemon, having achieved total military superiority over all potential opponents. To do this, they need to get rid of the START-3 restrictions. An attempt to draw the ears of the PRC and “some other countries” to the agreement is simply an excuse to declare subsequently that the agreement was not signed through no fault of their own.
Ctrl Enter
Noticed oshЫbku Highlight text and press. Ctrl + Enter
We are
World on the brink of nuclear war: Russia has achieved strategic superiority
Putin and Lavrov have done their job. General Shoigu, your way out!
Reporterin Yandex News
Read Reporterin Google News
3 comments
Information
Dear reader, to leave comments on the publication, you must sign in.