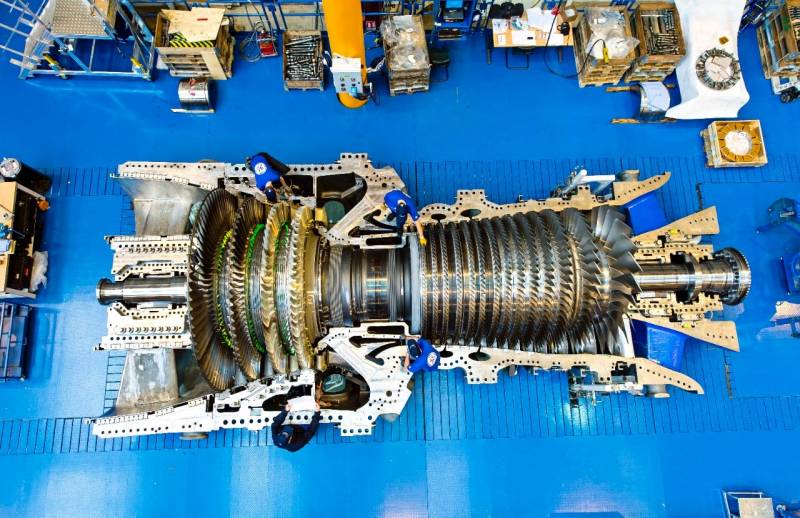 Despite the declared success in import substitution, Western sanctions are beginning to take effect. At the same time, attempts to circumvent restrictions by some Russian companies look rather clumsy and harshly suppressed by the American supervisory authorities.


One of the obvious goals of US sectoral sanctions was to halt or seriously slow down Russia's expansion in the Arctic. The key equipment used for drilling and production in the harsh conditions of the Far North, we have foreign production. Unfortunately, restrictive measures on the part of the West have already begun to make themselves felt.

Prior to the imposition of sanctions, Russia managed to launch development in only one Arctic oil field, Prirazlomnoye. Industrial production began in December 2013. In the past few years, bad people constantly come from the Prirazlomnaya platform news: work is regularly stopped due to the need for a serious repair of wear equipment. An American-made Vectra-40G gas turbine, which is necessary for the operation of gas compressors, is also used on the Russian platform. A similar turbine will be featured in our future narrative, which takes place far from the Arctic.

The Vectra-40G plant is located in the US, Texas, but is owned by the German concern Siemens. Despite the foreign owner, this equipment was included in the sanction lists of the US Department of Justice, and is prohibited from being delivered to Russia. On the eve of the state of Georgia, a whole group was detained, which includes two Russians, an American and Italians. Local law enforcement officers are charged with their intention to acquire the Vectra-40G turbine and resell to Russia through a small chain of intermediaries.

The US Department of Justice said:

The evidence in this case established the intention of the Russian company to use Vectra on the Russian deep-water drilling platform in the Arctic.

It is possible that somehow it really was. The detained Russian Oleg Nikitin runs KS Engineering, a company that professionally supplies specialized equipment for construction and mining. It is possible that he had a certain order for the American gas turbine, necessary for the repair of Prirazlomnaya.

Well, since import substitution did not work out, you have to somehow get out. But the primitiveness of the scheme is immediately evident. Initially, the turbine was acquired by the American company World Mining and Oil Supply (WMO), which immediately resold it to the Italian GVA International Oil and Gas Services (GVA), which, in turn, intended to sell it to a Russian company, but got caught. The fact that all participants in the chain were up to date can be evidenced by the overpriced cost of one turbine - 17,3 million dollars. All three parties to the deal were detained; he was charged with a “bunch” of serious charges.

The story is very instructive if we draw the right conclusions from it.

At first, it is necessary to intensify the work on import substitution of key equipment, approaching the work comprehensively. It would be nice to invest the funds of the National Welfare Fund in their own R&D and industrial development, rather than bring them abroad to “high-yield foreign assets”, as our liberals in the government want.

Secondly, for the transitional period of the operation to acquire sub-sanction equipment and of technologies It is worth passing from the hands of amateurs, whom we stand with in any important matter, to professionals. Recall that in the USSR, which was under sanctions, there was a specialized State Committee for Science and Technology (SCST), which dealt with similar issues.

If it is left to chance, then more and more will “pour in”.
Ctrl Enter
Noticed oshЫbku Highlight text and press. Ctrl + Enter
We are
US deprives Russia of access to huge oil reserves
Large-scale project: Russia is building the North Pole in the Arctic
Reporterin Yandex News
Read Reporterin Google News
38 comments
Information
Dear reader, to leave comments on the publication, you must sign in.