Hemp instead of taiga: how long will we destroy the forest to please China 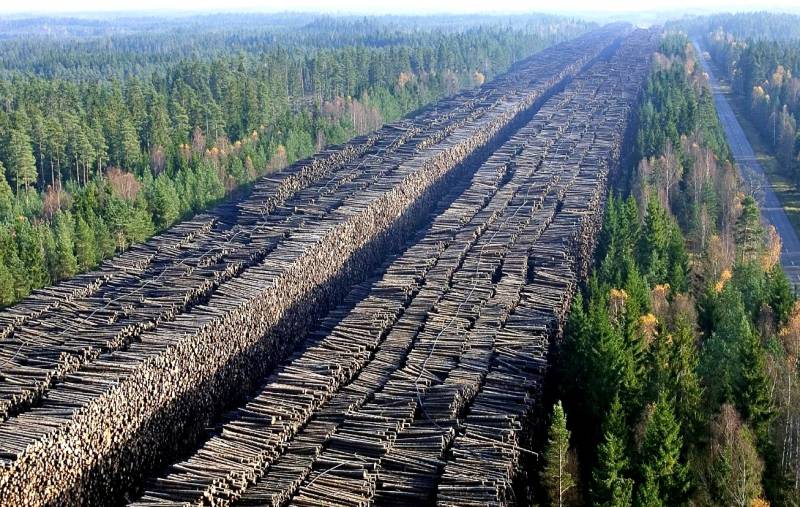 At the end of the year, the Accounts Chamber calculated the damage caused to the country by illegal deforestation. The numbers are impressive: from 11 to 12 billion rubles annually settle in the pockets of the "black loggers" and all involved. Is it possible to put an end to this outrage?


In the Russian taiga, the sounds of working saws and the knock of axes do not subside. An age-old Russian forest is cut down under the root: cedars, spruces, pines, firs and other valuable species fall. Last year alone, 1,3 million cubic meters of timber were harvested. The most affected by this, so to speak, “business” is the Irkutsk region. The damage for her was estimated at 4,4 billion rubles. Who is to blame and what to do?

As the main culprit, it is customary for us to nod to neighboring “predatory” China. Despite the fact that Beijing was prudently prohibited from cutting down Chinese forests, the PRC broke ahead of the rest in exporting timber to the European and American markets. It is clear that the Chinese are buying up Russian forests for nothing, they are processing wood, loading their industry, and they make good money on it. We can talk about the "bad Chinese" who are tearing down our taiga. But are they the only problem? Or in those who allow it to them?

Honestly, it is not Chinese citizens who are engaged in illegal logging, but the Russians themselves in favor of China. Domestic “black loggers,” officials and law enforcement officers who turn a blind eye to their criminal activities, are profiting quite well from this. They do not pay any taxes, they are not involved in reforestation, moreover, they hide the traces of their "business" in arson, which is why millions of hectares are burned out annually.

The blow to the Russian forest was not inflicted from Beijing, but in Moscow. In 2006, the Parliament adopted, and the President signed the new Forest Code of the Russian Federation. This normative act destroyed the Soviet system of forest protection. Until 2006, there was a single organization with offices throughout the country, funding, a staff of tens of thousands of professional foresters and materialtechnical part that allows you to quickly solve any problems. Now it is destroyed, and the number of forest guards has been reduced to several hundred people throughout the country. Forest protection powers have been transferred to the regions, but without proper funding.

Many experts even then spoke out extremely sharply about such an “initiative” of the authorities, but their opinion was ignored. Political analyst Nikolai Platoshkin comments on the situation as follows:

In 2006, the Forest Code was adopted, the meaning of which is that the one who is given a lease for 49 years is responsible for the forest. Formally, these tenants should engage in forest plantations, forest protection. But they do nothing of this, but simply cut it down. They store money abroad and go there too.

In fact, that’s it. The results of such actions by our authorities are evident: every year, starting in 2006, millions of hectares of forest are illegally cut down and burned out. Special cynicism was added to the official instructions, according to which the burning forest can not be put out at all if the cost of this is higher than its cost.

13 years have passed since the adoption of the LC of the Russian Federation, everything has long been clear to everyone, it is impossible to deny a causal relationship. But instead of canceling the Forest Code that he himself signed and restoring the destroyed forest protection system, the president prefers to heroically fly the Be-200 and put out individual fires under cameras.
Ctrl Enter
Noticed oshЫbku Highlight text and press. Ctrl + Enter
We are
Peace enforcement operation. Russia inflicts a preemptive strike on Kiev
China steals Russian forest: how to prevent this?
Reporterin Yandex News
Read Reporterin Google News
11 comments
Information
Dear reader, to leave comments on the publication, you must to register.
I have an account? Sign in