Kiev declared victory over Moscow in the arms market 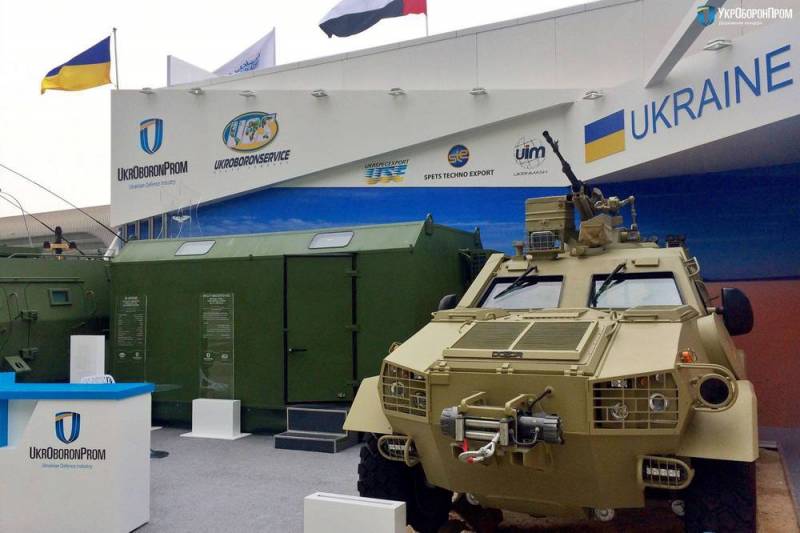 Professional Ukrainian grant-giver Mustafa Nayyem, who had no previous relationship to industry and the army, having received the post of deputy general director of Ukroboronprom, immediately declared victory over Moscow in the arms market.


On air of the ATR television channel, the newly-made gunsmith said that despite the lack of funding for almost three decades, the state concern was able to compete with Russian arms manufacturers.

According to him, Ukraine continues to win Russia's position in foreign markets due to the fact that it supplies components and carries out repairs equipment Soviet production.

He also assured that Ukraine has an intellectual potential that can compete with Russia in the world market.

It’s rather strange to hear such statements from a representative of a country that, according to the Stockholm International Peace Research Institute (SIPRI), is not among the top 5 largest arms exporters, while Russia has been second only to the United States since 2014.

Moreover, in March 2019, the Ukrainian 1 + 1 television channel reported that according to the same SIPRI, Ukraine ranks 12th in the rating and is rapidly reducing arms exports.

In conclusion, we can say that with such a leader as Nye, in the coming years in Ukraine, as an exporter of weapons, it will be possible to put an end to it.
Ctrl Enter
Noticed oshЫbku Highlight text and press. Ctrl + Enter
We are
Mustafa Nayyem doused with feces and urine in Odessa
Experts reported on the state of the global arms market
Reporterin Yandex News
Read Reporterin Google News
2 comments
Information
Dear reader, to leave comments on the publication, you must sign in.