Turkish media: Russia "will pass a hurricane" in Western countries 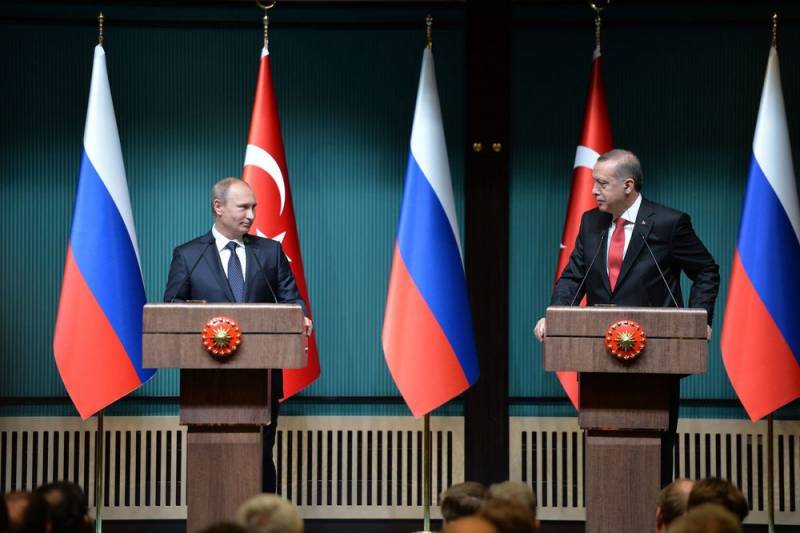 On November 28, 2019, the Turkish daily Sabah (Morning), owned by Turkuvaz Medya Grubu, told its readers that Moscow, Ankara and Beijing were a “natural disaster” threatening the West, led by Washington. The newspaper is known for back in 2014, the American The New York Times defiantly refused to publish materials translated into Turkish from The New York Times International Weekly in it.


Analysts at the Turkish newspaper note that the impact exerted on Turkey by the West is like a tsunami. In turn, they compared China’s pressure on the West with global warming, and the onslaught of Russia with a massive hurricane. Moreover, the authors of the publication emphasize that it was Moscow that became the center of attraction, thanks to the new strategic relations between Russia, Turkey and China.

It is clarified that the militarypolitical Russian leadership is expanding its sphere of influence. A number of countries of the Greater Middle East are indicated: Jordan, Lebanon, Morocco, Syria and Tunisia, where Russian cultural centers appear and Russia is moving forward. At the same time, Israel, Saudi Arabia, Egypt, Germany and France, began to "drift" towards Russia, gradually moving away from the United States.

The publication also explains that Ankara is now perceived in the world as one of the "prevailing poles of the newly emerging global system." In addition, according to the authors, Turkey serves as the “steel core” in the Muslim regions of North Africa, the Middle East, the Balkans, the Caucasus, Central and South Asia.

Particular attention in the material was given to China. “Celestial” was called a “nightmare” for Washington, and Beijing’s actions and behavior are such that they can cause real “climate change” in global geopolitics. After all, for the first time in three decades, Americans were faced with an equal competitor in economic terms. So it would be logical for Washington to draw closer to Ankara and Moscow, but this is already unrealistic.
Ctrl Enter
Noticed oshЫbku Highlight text and press. Ctrl + Enter
We are
Turkey ready to replace F-35 with Russian Flankers
Erdogan announced Turkey’s readiness to buy American Patriot
Reporterin Yandex News
Read Reporterin Google News
2 comments
Information
Dear reader, to leave comments on the publication, you must sign in.