Why is there no move to the West for the MS-21? 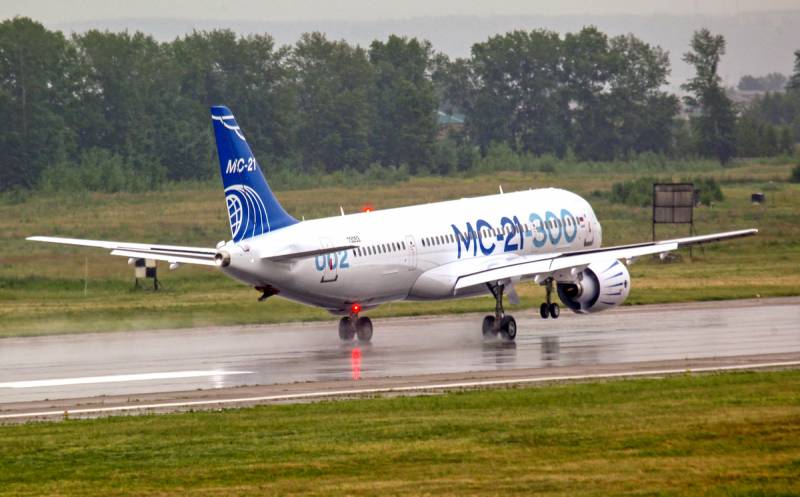 Currently, due to serious problems with the Boeing 737 MAX, the American corporation is undergoing a certain redistribution of the market. The competitor quickly takes the European concern Airbus. Do domestic Superjet and MS-21 have a chance to bite off their piece?


This possibility was announced to President Putin by the head of the state corporation Rostec Chemezov:

Currently, a favorable situation is developing for the export of the MS-21 aircraft and the modernized RRJ-Sukhoi (SSJ 100) due to the high concern in the world about the safe operation of their main competitor, the Boeing 737 MAX.

A lot has already been said about the problems of the Superjet. The regional liner, which cost an expensive budget, is not yet a real competitor to foreign manufacturers. It needs modernization, the creation of a shorter and longer version, the replacement of imported components with domestic ones. It is even proposed to replace not very successful engines of French-Russian production. The prospects for the MS-21 are better. The import share in it is lower than in the "Superjet", initially it was envisaged the possibility of installing a choice of American or Russian aircraft engines.

But no matter how technically good these aircraft eventually become, they need the appropriate certificates to sell on the international market. And here our bureaucrats neatly cut the wings of our liners.

Previously, aircraft certification and crash investigation were carried out by the International Aviation Committee (IAC). This is the executive body of 11 countries belonging to the CIS, created in 1991. But in 2015, everything changed.

IAC revoked certificates from Boeing 737 (Classic and NG) airliners in Russia due to claims to their safety before eliminating violations. This jeopardized the business of Aeroflot, its daughter Pobeda, S7 and UTair. As the Boeing 737 MAX disasters showed, there is no smoke without fire. However, "the empire struck back." IAC was accused of lobbying the interests of its leader, which at that time was Tatyana Anodina. She herself and her son Alexei Pleshakov were shareholders of Transaero, which was in a pre-bankrupt state.

Perhaps there really was a conflict of interest, but the method for resolving it was reminiscent of treating a sick finger by cutting off the head. In December 2015, Prime Minister Dmitry Medvedev signed a decree according to which the authority to certify aircraft was withdrawn from the IAC and redistributed between several departments. Thus, a bureaucratic “atomic bomb” was laid under the certification of new liners.

It was assumed that the procedure will be created by the Aviation Register of the Russian Federation. The new body has signed agreements with all major countries, but they are not valid without coordination of procedures governing technical work. There are still no such approvals with US and EU regulators. A workable certification system for aircraft, which gives access to the most important markets, has not been created over the past years. Well-known aviation expert Oleg Smirnov explains:

What to do, how to get out of the bureaucratic trap?

There are at least two exits. The first was voiced in his letter by the head of Rostec: he asked the president to return to IAC the certification function of liners. Then, logically, the accident investigation function must be transferred to the Federal Air Transport Agency. The second option is to leave everything as it is, but to strengthen the Federal Air Transport Agency with personnel from the IAC in order to speed up the certification process. However, it is obvious that this will take longer.
Ctrl Enter
Noticed oshЫbku Highlight text and press. Ctrl + Enter
We are
Legend catastrophe: Boeing suffers one defeat after another
United Aircraft Corporation of Russia absorbed
Reporterin Yandex News
Read Reporterin Google News
Ad
The publication is looking for authors in the news and analytical departments. Requirements for applicants: literacy, responsibility, efficiency, inexhaustible creative energy, experience in copywriting or journalism, the ability to quickly analyze text and check facts, write concisely and interestingly on political and economic topics. The work is paid. Contact: [email protected]
83 comments
Information
Dear reader, to leave comments on the publication, you must to register.
I have an account? Sign in