“Theft of the Century”: Who stole the Ukrainian ship toilet? 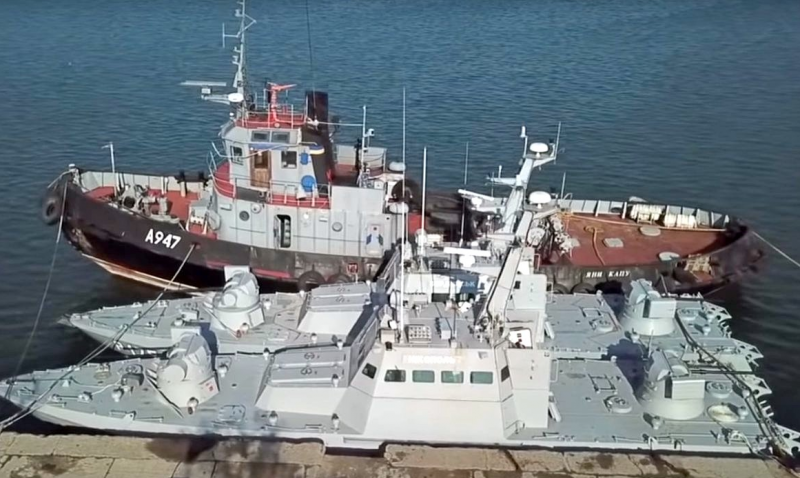 Anti-Russian propaganda finally hit the bottom. And before it was not distinguished by special delicacies, now it has slipped to the “toilet level”. Of course, we are talking about the "theft of the century" - the abduction of the Ukrainian toilet.


On the eve of Russia, Ukraine returned to Ukraine two detainees while trying to “break through the Kerch” armored boats “Berdyansk” and “Nikopol”. Instead of adequately appreciating this gesture of Moscow’s goodwill, Kiev began to believe that it had disappeared from the army’s property. This list caused a stormy reaction on the Web.

If you believe the military prosecutor of Ukraine Matios, radio stations, radar stations, a space communications station, an inflatable motor boat, a raft, a gyrocompass, a magnetic compass, a stove, an extractor hood and other trifle have disappeared. So I want to add “three pieces” after each item. The stolen toilet and the missing cowards of Andrei Eider, a crew member of Berdyansk, crowned this list.

Having examined the returned boats, President Zelensky anxiously asked Moscow to “return the hat,” sorry, the missing equipment and weapons. What I would like to say about this.

First of all, in a fleet, a place specially adapted for sending natural needs is traditionally called a latrine, not a toilet. The use of non-specific terminology says a lot about the commander of the Navy Igor Voronchenko as an old "sea wolf."

Further. The Ukrainian side was aware that the armament and part of the equipment had been dismantled in advance as part of a criminal investigation into the violation of the Russian state border. The lawyer of the detained sailors Nikolai Polozov explains:

As for the equipment, it was dismantled in the winter: radio navigation equipment, artillery ammunition, personal small arms of sailors, some of their personal belongings, documents, computers, telephones were removed from the ships.

Sorry, these are the requirements of the Criminal Code and the Code of Criminal Procedure.

As for the abduction of the toilet bowl and Andrei Eider’s cowards, the version of the Russian side’s involvement in the crime is broken up into a video clip made in advance by the FSB before the courts returned. Galyun, a toilet bowl, was there. From this we can draw a simple conclusion that the toilet bowl, underpants, stove, hood, inflatable boat and other things disappeared already when moving from Russia to Ukrainian Ochakov. This suggests certain thoughts about the possibility of involvement in the theft of one of yesterday's farmers, who might wish to change the disgusted village needs to the toilet.


However, Russians are not blaming the theft of toilet bowls for the first time. When in 2008 they drove Georgian aggressors to Tbilisi, local activists attributed them to an unprecedented scale of "looting":

Looting goes to the highest standards. The military takes everything that comes to hand: teapots, brooms, even remove the toilets and sinks.

"Three jokes". Similar charges were in 2014, when Russian troops left their positions in the Kherson region. And again, in the list of "thefts", in addition to sockets, sinks and lamps, the same toilets appeared.

President Zelensky should discuss this issue with Angela Merkel and Emmanuel Macron in the Norman format. Perhaps this will cheer them up.
Ctrl Enter
Noticed oshЫbku Highlight text and press. Ctrl + Enter
We are
The collision of the Ukrainian and Russian fleets: Kiev crossed the line
Ten "defeats" of Putin
Reporterin Yandex News
Read Reporterin Google News
Ad
The publication is looking for authors in the news and analytical departments. Requirements for applicants: literacy, responsibility, efficiency, inexhaustible creative energy, experience in copywriting or journalism, the ability to quickly analyze text and check facts, write concisely and interestingly on political and economic topics. The work is paid. Contact: [email protected]
11 comments
Information
Dear reader, to leave comments on the publication, you must to register.
I have an account? Sign in