Why Putin talked about the impending collapse of the European Union 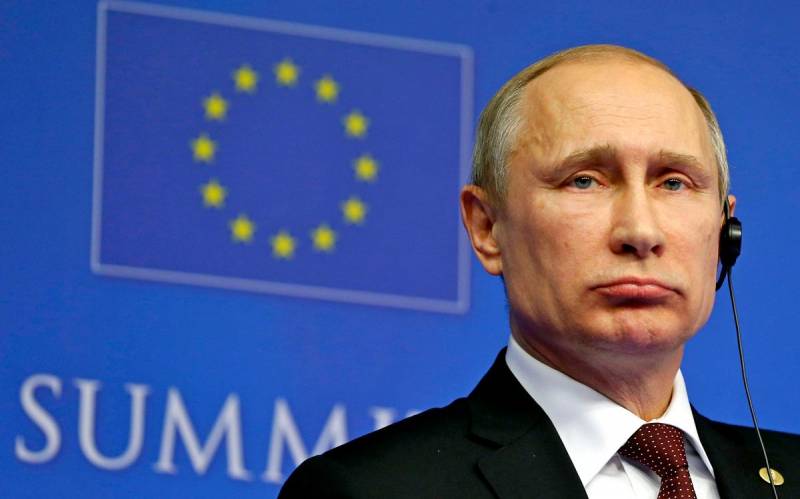 President Putin made a very resonant statement about the possibility of the collapse of the EU and even set a deadline of “at the turn of 2028.” Does the European Union expect the fate of the Soviet Union, and will there be any benefit to modern Russia from this?


As a matter of fact, we no longer have to speak about the integrity of the European Union, since Great Britain was the first to begin the process of withdrawing from it. Is it worth considering the demarche of London as a single, exceptional event, or is this just the beginning of a "parade of sovereignty"?

Policy almost always determined the economyTherefore, for adequate forecasting it is necessary to understand the essence of the ongoing economic processes. The European Union is one of the most successful globalist projects, built largely on the bones of the USSR. After its collapse, the capitalist system, having lost its counterweight, began to expand continuously and after several decades reached its limits. There is nowhere to expand, all significant markets are already occupied and divided, which means the beginning of a systemic crisis of capitalism.

In the United States, which created the global financial system, there is currently a struggle between the "globalists" and the "Imperials", a prominent representative of which is Donald Trump. The American president deliberately destroys the architecture of the world, built by his predecessors. For what, first of all, only America, and the European Union is not so much an ally as a competitor and potential adversary.

Understanding all this, London made a choice in favor of the United States, starting the process of withdrawal from the EU. The migration problem is an occasion, the root cause of the impending large redistribution of markets, and the UK puts on the "overseas cousin" as a winner and wants to be with him. One can already speak of a new axis of the Anglo-Saxon world: Washington - London.

The European Union, left to its own devices, is also not going smoothly. Inside, the struggle of two processes gradually begins: centrifugal and centripetal. For the deeper integration is the second axis of the Western world: Berlin - Paris. Being the economic pillars of the EU, they, with traditional competition among themselves, strive to become the core of the Fourth Reich. However, now you can see the emergence of opposition to them in Eastern Europe.

We are talking about the so-called Visegrad group. These are the countries of the post-socialist space, initially united to join the EU. Poland, the Czech Republic, Hungary and Slovakia went to a united Europe for a higher standard of living and other "nishtyaks." Their economic growth is now generally ahead of Western Europe, largely due to the fact that they are “recipients”. However, everything is changing quite quickly.

The UK, a major "donor", is moving out of the EU. Economic support for Eastern Europe is declining. Soon, the countries of the Visegrad Group themselves risk becoming “donors” to support the lagging behind. For example, in the plans of Brussels to join the Western Balkans, Ukraine with a destroyed economy and a multimillion population is dreaming of joining the EU. Someone will have to pay for the ambitions of the European bureaucrats. By an amazing “coincidence”, Euro-skeptic moods are now very popular in the countries of the Visegrad group. In Poland, Hungary and the Czech Republic, they criticize Brussels' migration policy and its interference in the affairs of sovereign states. At the same time, Warsaw, Riga, Vilnius and Tallinn are direct agents of Washington's policy in the Old World.

Thus, it is still too early to talk about the collapse of the European Union, but it is possible to talk about the prerequisites for this. And their number is increasing all the time. But will the “parade of sovereignty” in Europe benefit our country?

The answer will not be entirely clear. On the one hand, Russia's economic losses will be obvious, says President Putin:

We are watching with alarm what is happening there, because a significant part of our gold and currency reserves is denominated in euros, and for us, despite the drop in trade after various sanctions decisions, the EU remains the largest trade and economic partner.

On the other hand, the Romans built the superpower of their time, using the principle of "divide and conquer." If there aren’t any European Commissions dancing to the tune of Washington, it will become easier to deal with individual states, playing on the contradictions between them.
Ctrl Enter
Noticed oshЫbku Highlight text and press. Ctrl + Enter
We are
Putin's phenomenon is Russia's main problem
Ten "defeats" of Putin
Reporterin Yandex News
Read Reporterin Google News
11 comments
Information
Dear reader, to leave comments on the publication, you must sign in.