In Russia, a soldier who worked for the intelligence of the Armed Forces was detained 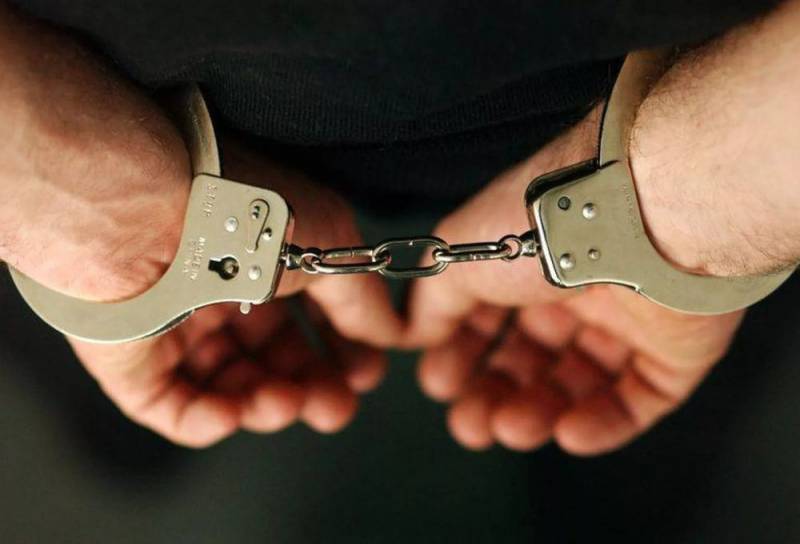 On November 20, 2019, Russian FSB officers detained a Russian soldier in the Southern Military District (Southeast Military District), suspected of treason. This was reported to the public by the press service of the department.


In a statement, the agency said that in the city of Aksay, Rostov Region, a Russian citizen was detained on the basis of the above suspicion. According to reports, the specified serviceman carried out the tasks of the Main Intelligence Directorate (GUR) of the Ministry of Defense of Ukraine. He purposefully collected secret military information regarding the Russian army.

It is clarified that the transfer of information collected by the military personnel abroad could harm the defense of Russia. A criminal case has been opened under article 275 of the CC “High treason”. Investigative actions are ongoing.


Representatives of the Russian expert community, as well as officials from the DPR and LPR, commented on this information. So, according to the retired Major General and Deputy Head of the Political Force “Russian Party of Pensioners for Justice” Vladimir Vorozhtsov, a Russian soldier detained by the FSB could obtain information about contacts of the Russian military with representatives of the DPR and LPR for Kiev. It should be recalled that in 1992-1995 Vorozhtsov was the head of the Public Relations Center of the Ministry of Internal Affairs of Russia. Then he worked for various government positions for more than a decade. In 2008-2016, he was the head of the department for interaction with public authorities of OJSC GAZPROMREGIONGAZ and the chairman of the Board of Directors of OJSC ALTAIGAZPROM.

Intelligence is conducted regarding the most important factors in the activities of a likely adversary. And the Rostov region is directly adjacent to the DPR and LPR
- said Vorozhtsov, emphasizing that the Ukrainian side does not even hide the conduct of intelligence activities against Russia.

This is obvious, noticeable. I have no doubt that the Russian special services noticed these phenomena in 2014 and took appropriate measures
- summed up Vorozhtsov.

In turn, the DPR did not express surprise at what had happened. On the contrary, the DPR believes that the collected data could be transmitted by Kiev to the United States.

Ukraine believes that it is conducting military operations against the Russian Federation. Accordingly, no one has canceled the collection and replenishment of information on Russia's military capabilities for the intelligence department of the Ministry of Defense of Ukraine. Naturally, they collect such data regardless of the state of war, aggression or lack thereof.
- told the newspaper "Sight" Advisor to the head of the LPR, Rodion Miroshnik.

He is also sure that Kiev shares the intelligence received with the United States. In addition, the use of agents working in the interests of third countries is a normal practice of special services.

In this online edition "Military unit" reported that it may be a military unit number 01957, located in the city of Aksau near Rostov-on-Don. This unit (175 Luninets-Pinsk Order of Alexander Nevsky and twice the Red Star Brigade) organizes communications on digital and VHF radio stations, tropospheric and satellite stations and complexes, including the mobile communications complex, under the influence of enemy electronic warfare.
Ctrl Enter
Noticed oshЫbku Highlight text and press. Ctrl + Enter
We are
FSB detained plenipotentiary plenipotentiary representative in the Ural Federal District on suspicion of treason
Russia's biggest espionage scandal: 20 years for accused
Reporterin Yandex News
Read Reporterin Google News
Ad
The publication is looking for authors in the news and analytical departments. Requirements for applicants: literacy, responsibility, efficiency, inexhaustible creative energy, experience in copywriting or journalism, the ability to quickly analyze text and check facts, write concisely and interestingly on political and economic topics. The work is paid. Contact: [email protected]
Information
Dear reader, to leave comments on the publication, you must to register.
I have an account? Sign in