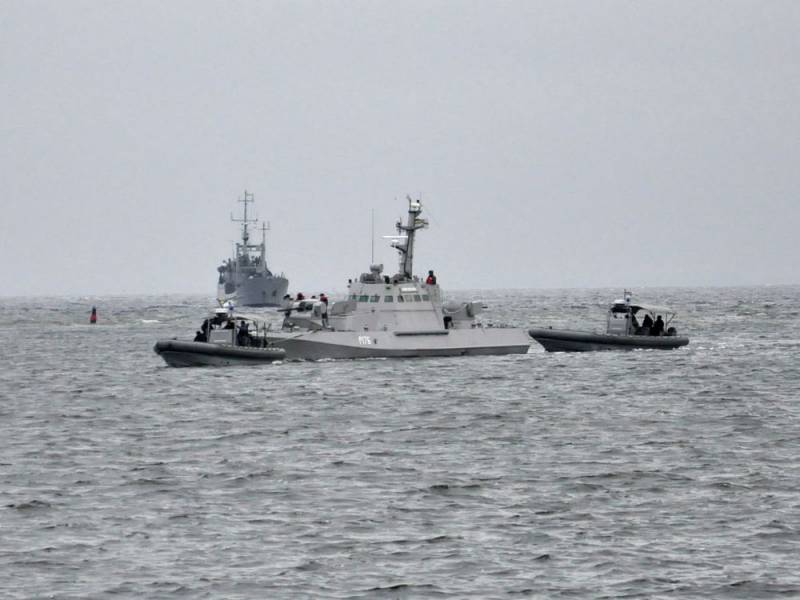 Recently we Reportedas Moscow handed over to Kiev the Ukrainian Navy ships located in Kerch. And so, on the eve of the 6th anniversary of the Maidan in Kiev, the commander of the Ukrainian Navy, Admiral Igor Voronchenko, decided to raise the "patriotism of the nation" by telling how the "aggressors and invaders" treacherously abused Ukrainian ships.


The Ukrainian admiral provocateur accused Russia of damaging the property of ships that were detained on November 25, 2018 in the Strait of Kerch.

Russians ditched the ships! They even took off shades, sockets and toilets. We will show the world the barbaric attitude of Russians to everything
- said Voronenko.

Russia did not have to wait long for an answer. Senator Federation Council from Smolensk region (member of the Committee on Defense and Security) Franz Klintsevich has already answered Voronchenko.

Rave. Either the toilet bowls were not originally on the Ukrainian ships, or the sailors themselves removed and flooded them, thus trying to hide some material evidence of their weakness during the incident in the Kerch Strait
- the Russian senator considers.

It should be noted that the accusations of the Ukrainian side were expected. Kiev is always ungrateful to come to any kind initiative of Moscow. This is a historical fact, and what happened is an additional confirmation.
Ctrl Enter
Noticed oshЫbku Highlight text and press. Ctrl + Enter
We are
The list of "stolen by Russians" from the Navy ships compiled in Ukraine
“The answer will follow”: Russia commented on calls in Kiev to strike at nuclear power plants
Reporterin Yandex News
Read Reporterin Google News
Ad
The publication is looking for authors in the news and analytical departments. Requirements for applicants: literacy, responsibility, efficiency, inexhaustible creative energy, experience in copywriting or journalism, the ability to quickly analyze text and check facts, write concisely and interestingly on political and economic topics. The work is paid. Contact: [email protected]
18 comments
Information
Dear reader, to leave comments on the publication, you must to register.
I have an account? Sign in