West does not care about Ukrainians: New Year begins with a stop of transit 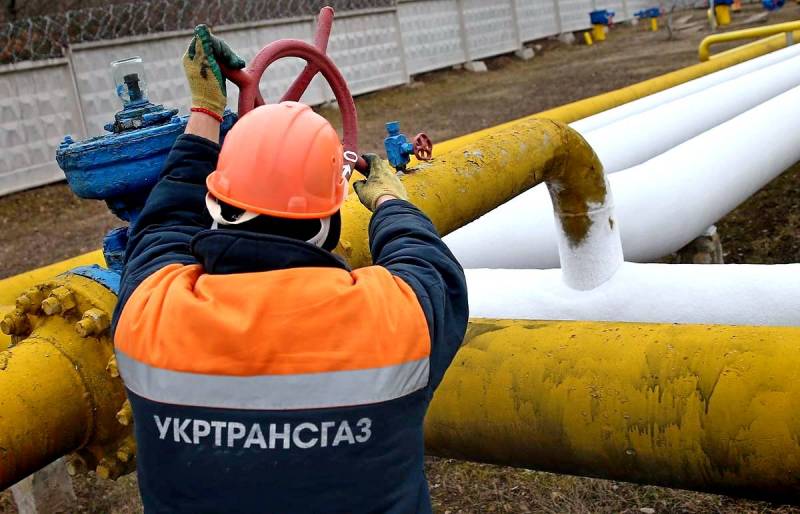 Trilateral gas relations between Russia, Ukraine and Europe are developing according to the worst-case scenario. Kiev rejected Gazprom’s offer to conclude a one-year transit agreement. Starting January 1, all gas in the Ukrainian gas transportation system will be considered “smuggling”. How long can this confrontation last?


Ukrainian Energy Minister Alexei Orzhel said on the eve of:

The proposal that has now been received (from Gazprom) is unacceptable for Ukraine, given the fact that it is necessary to abandon arbitration and sign an agreement for only one year.

Gazprom's proposal contained several conditions at once. The parties had to abandon mutual claims and resolve the issue with a multi-billion fine. Also, Naftogaz was expected to withdraw the request to the European Commission to initiate another investigation into the Russian gas company. So the domestic monopolist wanted to insure against the risk of the seizure of its property and other assets in Europe, where the courts show the obvious political bias and clearly "stoke for Ukraine." In exchange, Kiev could receive a 25% discount on Russian gas, which could keep the openly bending Ukrainian afloat the economy.

Did not work. Instead of caring for the interests of his country, the head of Naftogaz, Andrei Kobolev, greedily calculates the next claims against Gazprom, the size of which on his calculator has already reached almost 22 billion dollars. And now, download, pay and repent?

It is already clear that the "third gas" is inevitable. New Year will begin not only with festive feasts, but also with News about stopping transit through Ukraine. Earlier we told in detailwhat it can turn out to be for Square. It turns out that she will not freeze to death, but there will be many problems. The country will have to live all winter in a regime of energy saving, educational institutions and authorities will feel this on themselves as much as possible. Industrial enterprises will suffer the most from the gas war. Most likely, they will even have to be stopped, and the workers sent home.

Why is the whole positive President Zelensky leading the country entrusted to him to such a scenario?

There is a strong impression that neither he, nor Europeans, nor Americans care about the problems of Ukraine and its inhabitants. And this is not the slander of "Russian propaganda." On the eve of the United States, as part of the process of impeachment of Donald trump, the testimony of several senior US diplomats was published. One of them, an employee of the US Embassy in Kiev, David Holmes, witnessed a telephone conversation between President Trump and Gordon Sondland, the representative of the US State Department in the European Union. According to Holmes, he asked a colleague about the views of the head of the White House regarding Ukraine:

Actually, this is all you need to know about the attitude of the West towards Independent. Everyone who can can use the Ukrainian trump card cynically against Moscow. The fabulous “European choice” turned out to be a beautiful hassle. Parsing the remnants of industry into scrap metal, privatizing black soil, picking up the most qualified personnel for a penny is the ceiling of what she should expect from Western “partners”.

Nobody except Russia, Independent as such, is not particularly needed. Instead of trying to establish relations with Moscow, Kiev continues its destructive policy, which will directly affect its own country. Apparently, this time the "gas war" will be real, it will not end in two weeks, like the old ones.

The pro-Western authorities in Kiev will fight with Gazprom until the last Ukrainian.
Ctrl Enter
Noticed oshЫbku Highlight text and press. Ctrl + Enter
We are
Historical moment: Moscow must execute “transit verdict” to Kiev
Peace enforcement operation. Russia inflicts a preemptive strike on Kiev
Reporterin Yandex News
Read Reporterin Google News
Ad
We are open to cooperation with authors in the news and analytical departments. A prerequisite is the ability to quickly analyze the text and check the facts, to write concisely and interestingly on political and economic topics. We offer flexible working hours and regular payments. Please send your responses with examples of work to [email protected]
8 comments
Information
Dear reader, to leave comments on the publication, you must sign in.