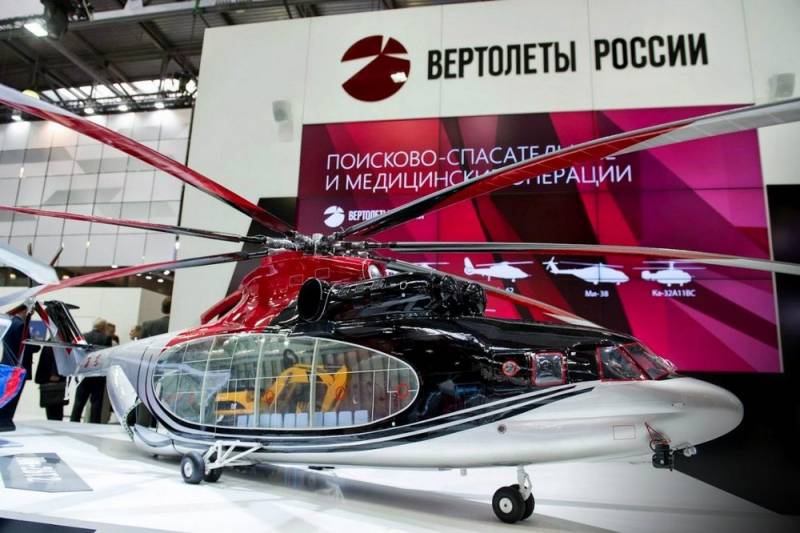 Holding from the United Arab Emirates Tawazun has become an active investor in a number of Russian companies engaged in the production of high-tech industrial products.


As follows from the press service of the helicopter holding Russian Helicopters, a company from the UAE will buy 50% in the design bureau of the company - BP- LLCTechnologies».

The corresponding agreement was signed at the Dubai Airshow-2019 international air show in Dubai. Closing of the transaction is scheduled for the I quarter of 2020.

According to the management of the Russian holding company, investments and the inclusion of Tawazun representatives on the board of directors of VR-Technologies will help not only to implement projects of the VRT500 light passenger helicopter and VRT300 UAV, but also get promotion in the Middle East markets.

According to the director of Rostec, Sergey Chemezov, both projects will have good prospects in the region, where solutions for the development of urban air mobility are becoming increasingly popular.

Recall that Tawazun already has experience in investing in Russia. So, in August 2019, a holding from the Emirates acquired a 36% stake in the Russian manufacturer of luxury cars, Aurus LLC.

Investments of Arab businessmen in this project, reaching 110 million euros, will be used to organize the mass production of Aurus, its localization, as well as to develop distribution in international markets.

We are in Yandex Zen
It's important
6
By the end of the year, more than 200 helicopters will be produced in Russia
Russian helicopters find buyers in Southeast Asia
Reporterin Yandex News
Read Reporterin Google News
7 comments
Information