The withdrawal of reserves from the dollar: the Central Bank acts without waiting for a crash 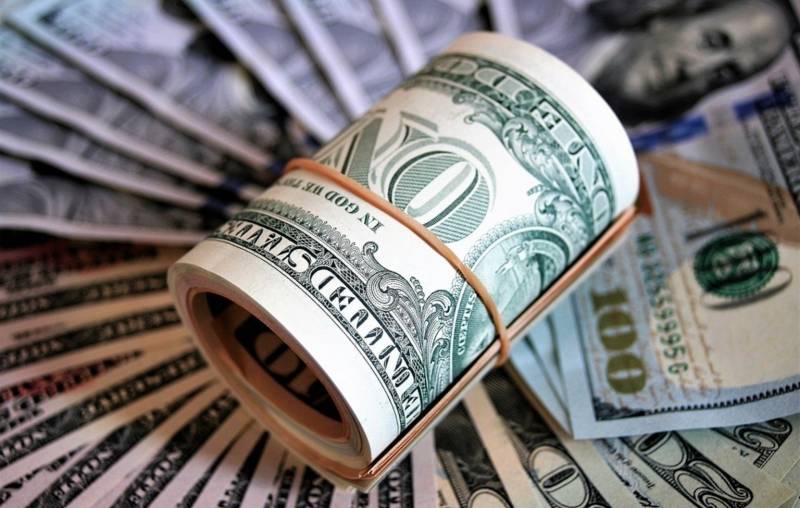 The total volume of international settlements carried out in dollars is beginning to decline slightly. If more recently, the American currency was used in more than half of the cases, now this figure is 45%. The figure is very impressive, but the dynamics are obvious. The reason is the emergence of an informal club of countries that have difficult relations with the United States. Interestingly, the leader among them is the Russian Federation.


In addition to Russia, this “club of interests” includes China, Turkey, Iran, and even the European Union can be reckoned to it because of the pressure exerted by Washington in the framework of trade wars. “Dedollarization” for them is a way to improve national security in the financial sector. The thing is that the “hegemon” with all its wide American soul extends its national legislation extraterritorially. Anne Korin, a spokeswoman for the Institute for Global Security Analysis, commented on this as follows:

If you conduct transactions through an American bank and use dollars, even if your company is not American and is not related to the United States, you are exposed to the risks associated with the application of American law.

This is especially evident in the activities of the domestic defense industry. Settlements of Russian defense companies have been blocked for months due to the need to obtain approval from the Office of Foreign Assets Control of the US Treasury. Strictly speaking, it does not really attract full sovereignty. The problem is that, if desired, Washington can forcibly “de-dollarize” Russia by blocking its payments in its currency in all areas - from the defense to the oil industry. The problems will be enormous.

We must pay tribute to the Central Bank of the Russian Federation, he began to act without waiting for the collapse.

At first, almost completely stopped the vicious practice of buying US government debt bonds. Starting last spring, Russia got rid of Treasuries worth nearly $ 100 billion. By the way, our country is not alone in this club: China is also gradually getting rid of American securities, giving way to leadership among the largest holders of Japan.

Secondly, The Central Bank radically revised the structure of its gold reserves. The dollar’s ​​share in them doubled: from 43,7% to 23,6%, while the renminbi, on the contrary, almost tripled - from 5% to 14,2%. The share in euros also increased significantly from 22,2% to 30%. Unfortunately, this came at a price. Due to the growth in the value of the dollar, Russia lost almost $ 7 billion in profit, reducing its reserves, and several billion dollars were lost due to the devaluation of the renminbi. But such is the security fee.

True, critics believe that the Central Bank of the Russian Federation in vain placed funds on accounts of foreign banks and in bonds of foreign states. This was partially compensated thanks to the constant purchase of gold, whose value is gradually increasing. In the foreseeable future, Russia may move from fifth to fourth place in the world in the ranking of the largest holders of gold reserves in the world.

It should be noted that restructuring may now affect the National Wealth Fund. Now his assets are decomposed as follows: 45% in dollars and euros, the remaining 10% - in British pounds. Judging by the statements of the Ministry of Finance of the Russian Federation, the structure of the NWF will approach the gold reserves and other currencies will appear in it.

Thirdly, the process of transition to settlements in national currencies with other states, primarily from the "club", is gradually going on. For example, with Turkey last year, Russia traded in rubles at 21% of the total. Settlements in Russian currency with neighboring Kazakhstan make up 63%, but may grow to 75% in the next couple of years. In general, the ruble is the dominant currency in the CIS and the EAEU, according to Vladimir Putin:

In settlements with the CIS countries and with countries within the framework of the EurAsEC, we are now actively using the ruble. In export revenue (with these countries), in my opinion, this is already 71%, in import revenue - 79% in rubles is fixed.

The successes of our country in the issue of “dedollarization” were noted in France, whose president began to demonstrate a very constructive approach to Russia. The French edition of Les Echos very favorably stated:

Dedollarization remains a tool in the service of diplomacy, helping to unite the BRICS countries against the United States.

It is very significant that even domestic liberals in the government and the Central Bank of the Russian Federation came to the need for gradual “de-dollarization”. And they are “hot”.
Ctrl Enter
Noticed oshЫbku Highlight text and press. Ctrl + Enter
We are
Peace enforcement operation. Russia inflicts a preemptive strike on Kiev
US Global Economy: An End That Sneaks Noticeably
Reporterin Yandex News
Read Reporterin Google News
7 comments
Information
Dear reader, to leave comments on the publication, you must sign in.