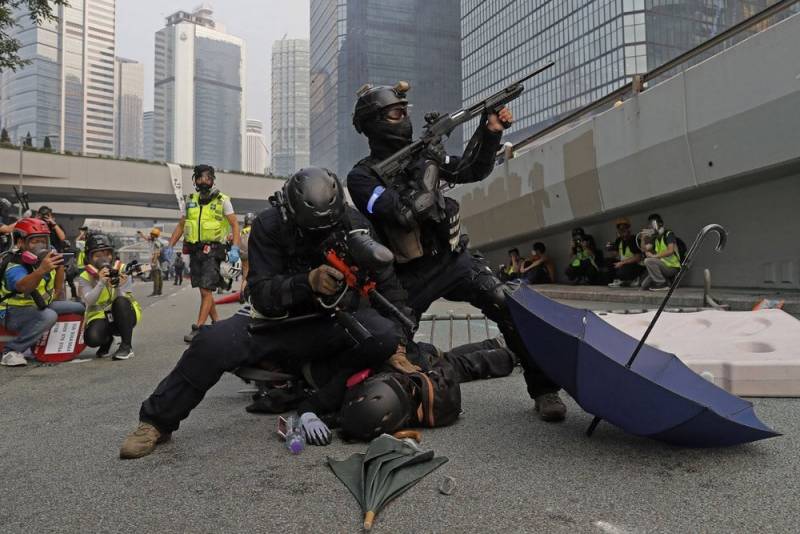 China responded to an attack by a group of anti-Chinese protesters in London against the Hong Kong government's secretary of justice, Teresa Chen, who was in the UK capital at an arbitration symposium.


Foreign Ministry spokesman Geng Shuang, during a regular briefing by the foreign ministry, said that the British authorities should stop sympathizing with the aggressive radicals from Hong Kong and ensure that those who attacked the Chinese official are caught.

According to him, if London does not stop the attackers and will continue to add fuel to the fire, then in the end it will strike a blow to its own interests, since Beijing will definitely take retaliatory measures.

A Chinese diplomat emphasized that the PRC linked the attack on Teresa Cheng with the actions of a number of British officials who interfere in Hong Kong's affairs and send false signals to anti-Chinese protesters.

Recall that in London, Teresa Cheng was surrounded by dozens of masked masked aggressors and began to shout insults at her in one of the dialects of the Chinese language. During the incident, a Chinese official fell and injured her arm.

The British police did not detain any of the attackers, which suggests that the action was authorized by the British authorities.
Ctrl Enter
Noticed oshЫbku Highlight text and press. Ctrl + Enter
We are
"Maidan under the British flag": in Hong Kong, protesters seized parliament
Mass riots in Hong Kong: residents storming the city parliament
Reporterin Yandex News
Read Reporterin Google News
1 comment
Information
Dear reader, to leave comments on the publication, you must sign in.