Ukraine was offered to “buy” for $ 100 billion: should Russia agree? 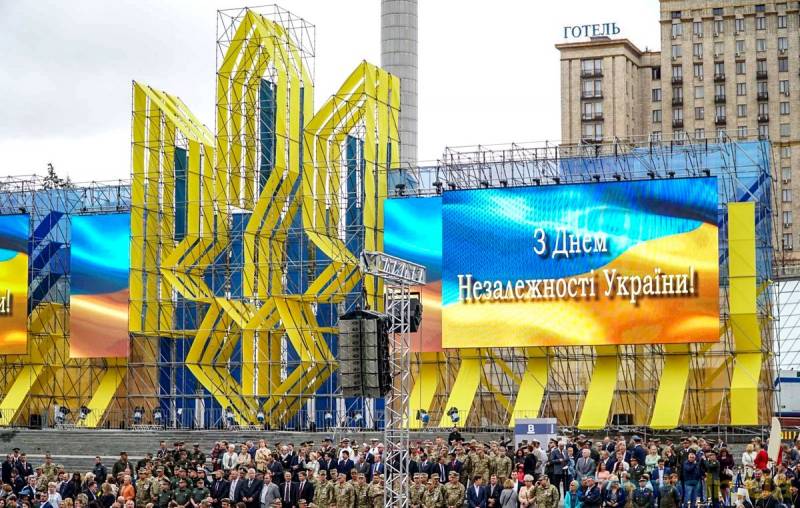 100 billion dollars and 5-10 years to restore normal relations between Russia and Ukraine. Such conditions were announced by one of the leading shareholders of Nezalezhnaya CJSC Igor Kolomoisky. Should I use the interesting offer of the oligarch?


A well-known Ukrainian businessman, who is considered the patron saint of President Zelensky, gave an interesting interview to The New York Times under the saying “Ukrainian billionaire fought with Russia. Now he is ready to accept her. ” Igor Valerievich spoke to the American audience for several sensations, but we in Russia also listened with interest to him. The New York Times journalists themselves make a very loud statement that Ukraine has come to turn to Russia, forgetting about the West. Kolomoisky himself confirms their thesis:

We must improve our relationship. People want peace, a good life, they do not want to fight.

The oligarch actually accuses the United States of inciting the impoverished Ukraine to a stronger Russia, forcing them to fight “until the last Ukrainian”. The main complaint of the billionaire is that the Americans do not even give money for it. Money is the cornerstone of a good relationship, according to the oligarch. For their sake, he is even ready to reconcile Kiev and Moscow:

Russian financing may replace IMF loans. We will take $ 100 billion from the Russians. I think they would love to give them to us today. What is the fastest way to solve problems and restore relationships? Only money...

The shadowy master of Ukraine believes that Russian billions will help in the economic recovery of his country, and in a few years the shock and pain of the war will subside. At the same time, the oligarch “intimidated” representatives of the US Democratic Party, which is believed to be behind the Maidan, Russian tanks on the border with Poland.

It sounds very intriguing, especially about our tanks near Krakow and Warsaw, which alludes to a kind of military alliance with Russia instead of participating in the NATO bloc. How should one relate to the words of Igor Valerievich?

Probably, for the first time since the Maidan of 2014, Kiev is trying to demonstrate something similar to political subjectivity. Economically, the country is almost ruined due to the rupture of traditional industrial relations with Russia. From Europe, in addition to “visa-free travel,” Ukrainians have not received anything particularly good in five years. At the request of the IMF, a large privatization of land is being prepared in the country, where large Western companies will come and begin to drive “natives” from their black soil. The remnants of a high-tech industry, such as Motor Sich, are claimed by the Chinese and Americans, who will either transfer enterprises abroad or completely shut down.

Let the Russophobic Ukrainian patriots not like this conclusion, but without the restoration of economic cooperation with Russia, their country has no future. "Wild field" and labor migration for work "for the sire."

Of course, the clever Igor Kolomoisky knows all this. As the person behind President Zelensky, he is clearly not opposed to participating in the robbery of the remains of Ukrainian assets. But the cynical oligarch cannot but understand that at the same time the road will go to the Western oligarchs of a much larger caliber. And so to the "scarf" is not far. And do not forget how in the West they can, if necessary, "gut" the assets of objectionable persons.

So what does Kolomoisky want from the USA and Europe, scaring them with Russian tanks near Warsaw and Krakow? More money?

This is hardly, here Ukraine itself is an object of plunder. The oligarch, to put it mildly, is not a stupid person. Most likely, this message is more addressed to Moscow. The shadowy owner, Independent, directly suggests the Kremlin to resolve issues and even in a businesslike way calls the price and terms. $ 100 billion is big money, but is it so huge for such a purpose? What can Igor Valerievich mean by “normalization of relations”?

About Russian tanks near the Polish border, he, of course, bent. It seems that the new Kiev authorities are not averse to returning the situation to the state until 2014, when Ukraine was balancing between Russia and Europe. Pumping Russian gas into the EU, pulling money from the eastern neighbor to restore it, ending the armed conflict in the Donbass, cutting spending on an exorbitant army would be a brilliant success for the “servant of the people”. Actually, the “cartridge” of Zelensky Kolomoisky speaks of this directly.

There is something like a constructive foreign policy of Ukraine. In theory, Moscow is worth supporting. But the fundamental issue will be guarantees. 100 billion dollars - the same amount of Kremlin swelled to Ukraine before the Maidan, but where is the result? If the new Kiev authorities and the business circles behind them adequately assess the deplorable prospects of their country on the path of "European integration", they will have to take a series of steps in sequence.

First, to end the conflict in the Donbass, taking their radicals under the bridle. Secondly, it is necessary to carry out constitutional reform to transform Ukraine into a normal federal state, to give the Russian language the status of a second state, and also guarantee non-aligned status of Ukraine. Thirdly, it is necessary to enter the Customs and Eurasian economic unions. This is the key to restoring the country's industrial and agricultural potential and improving the social situation of its population. The billions requested by Igor Valerievich will come in the form of direct investments, benefits and discounts.

Kiev will need to stop anti-Russian propaganda, reducing the intensity of Russophobia in the media. Kolomoisky is right, over time everything will calm down a bit. Of course, shed blood cannot be so easily forgotten, the consequences will go on for a long time to come. But this will be the first step towards normalizing relations. An alternative is the mentioned “war to the last Ukrainian”. Do they need it?
Ctrl Enter
Noticed oshЫbku Highlight text and press. Ctrl + Enter
We are
Ukraine from the inside: traitors, curators and those who watch from the Kremlin
Ten "defeats" of Putin
Reporterin Yandex News
Read Reporterin Google News
21 comment
Information
Dear reader, to leave comments on the publication, you must sign in.