Dismantle C-400 into parts: what does Erdogan trade in for abandoning Russian air defense systems? 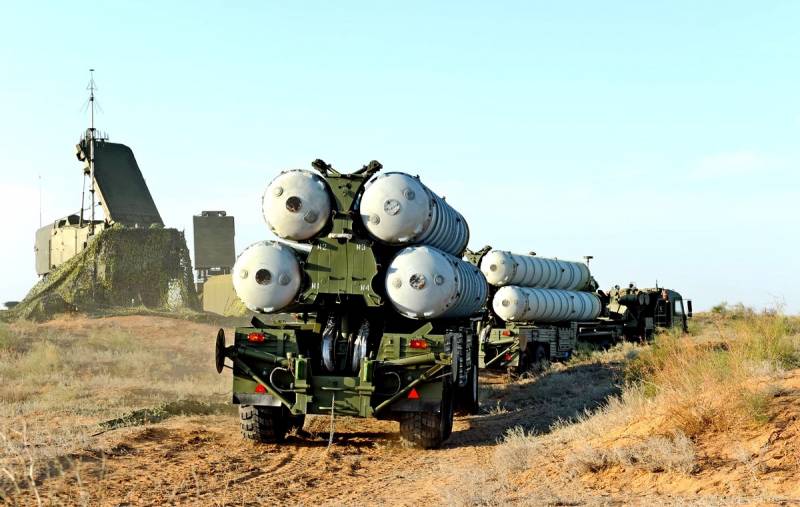 President Trump offered a hand of friendship to his colleague Recep Erdogan. To establish relations between Ankara and Washington, you just need to get rid of the Russian S-400 air defense systems. In exchange, the United States is ready to conclude a multibillion-dollar bargain and resolve the issue of alternative American weapons. In whose favor will this “Turkish bazaar" end?


At first glance, the situation looks straightforward. US and Turkey are NATO allies; American economy first in the world. A bargain is needed more by Turkey itself, which is experiencing serious economic difficulties. The choice seems obvious.

However, it must be remembered that these problems are largely the work of Washington. Recall, last spring, the United States began to introduce increased duties on imported steel and aluminum. But in August 2018, specifically for Turkey, they were doubled: up to 50% for steel and up to 25% for aluminum. In the spring of 2019, Washington graciously lowered the barriers to Turkish metal to 25%. But in October, President Trump again raised duties to 50% due to Ankara’s military operation in Syria.

Needless to say, such a dependence on the "hegemon", despite formal alliance in NATO, cannot cause enthusiasm in Ankara, where neo-Ottoman "imperial" sentiments intensified? The desire of President Erdogan to transfer Turkey to the “major league” is evidenced by his country's participation in the development of the fifth generation fighter jointly with the United States, in parallel with attempts to implement such a project on its own.

The Turkish authorities, very delicately, but sensitively, pricked the United States with the purchase of S-400 air defense systems. Four divisions of weather alone won’t make it, but the Americans, who invested gigantic funds in the development of the F-35 Lightning II, really did not like the fact that the Russian systems will be able to track the work of their “wunderwaffe”. Therefore, President Trump categorically demanded that Ankara not activate the acquired S-400s.

It turns out that for the 2,5 billion dollars of the Russian loan, the Turkish leader acquired an instrument of pressure on the hegemon, which could allow him to close a deal for 100 billion dollars. It was about the trade agreement for such an amount that Donald Trump spoke, linking this with Ankara’s refusal from the S-400 complexes. In addition, he proposed as an alternative the American Patriot SAM and even the renewed participation of Turkey in the F-35 development program.

Recep Erdogan turned everything beautifully, you can’t say anything. Does this mean that Ankara is once again rushing into the arms of the United States?

It will probably be true to say that Turkey will begin to conduct a more multi-vector policiesthan before. It is possible that for the sake of a trade transaction, Erdogan will disassemble the S-400 and send it to the warehouse for storage. In addition to economic preferences, he will be able to get discounts from the USA on American air defense systems and fifth-generation fighters with the necessary ones from the USA technology for your own airplane project.

But, understanding the dependence on trade with the States, he is likely to go through a greater diversification of risks. He has already received “Turkish Stream” from Russia, which will turn his country into a gas hub, next in turn is the nuclear power plant that Rosatom will build for him. In other words, Ankara will equally flirt with both the West and the East, knocking out for itself the maximum preferences. And we can’t avoid participating in this “Turkish bazaar”.
Ctrl Enter
Noticed oshЫbku Highlight text and press. Ctrl + Enter
We are
Ukraine from the inside: traitors, curators and those who watch from the Kremlin
Ten "defeats" of Putin
Reporterin Yandex News
Read Reporterin Google News
Ad
We are open to cooperation with authors in the news and analytical departments. A prerequisite is the ability to quickly analyze the text and check the facts, to write concisely and interestingly on political and economic topics. We offer flexible working hours and regular payments. Please send your responses with examples of work to [email protected]
8 comments
Information
Dear reader, to leave comments on the publication, you must sign in.