Stop Ukrainian transit: who will lose the most 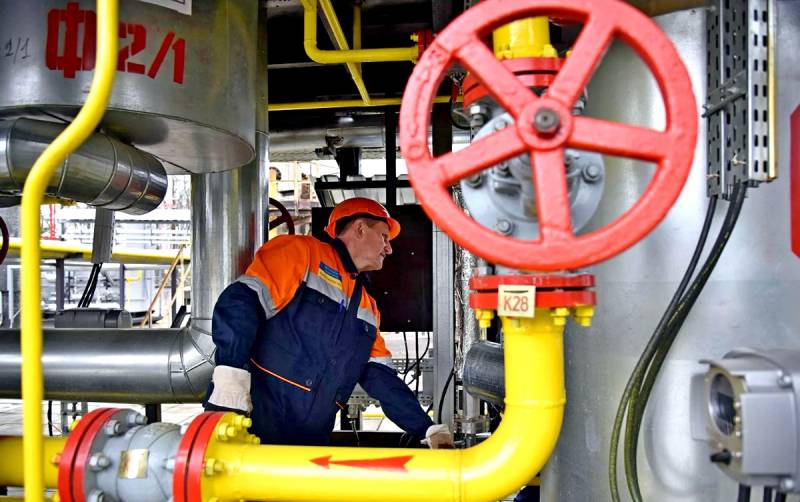 Another attempt to agree on the conditions for resuming gas transit through Nezalezhnaya failed. The parties came up against the fundamental requirement of Moscow to write off mutual judicial claims. Apparently, the New Year will begin with the closing of the valve in Kiev and the start of a new "gas war." What can all this turn out for Europe, Russia and Ukraine itself?

The most popular question is whether Ukraine will freeze. No, it will not freeze. But she will have a very difficult time.

The most negative scenario is as follows. When the transit of Russian gas ceases, the “reverse” from Slovakia and Hungary will automatically disappear. This is approximately 10 billion cubic meters per year. After blocking the supply of “blue fuel” to the neighbors, there will no longer be a resale of gas with a margin to Ukraine. Kiev will be able to take advantage of the help of Polish friends by buying out imported LNG from them. Now the terminal is underloaded, but in winter tankers will go to it. True, the price of such gas will be very high, since it is tied to spot deliveries, and there the price tags will skyrocket because of the outbreak of the gas war. For independence from Russia, end consumers in Ukraine will have to pay dearly.

But the help of Warsaw alone will not be enough. We'll have to get into the UGSF using their reserves. Unfortunately, as they are spent, gas withdrawal opportunities will decrease. By the end of the heating season, in the event of frosts, problems with this resource may arise. Most likely, Kiev will have to increase coal purchases, not disdaining even the Donbass. If it is very difficult, then Ukraine will have to introduce a regime of energy saving. Priority will be given to residential buildings and the healthcare sector. Problems can arise in industrial enterprises and educational institutions, which will have to go on forced vacations.

It will be very difficult, but as such, an ice apocalypse still will not happen.

The situation in the EU will be much better. Europeans will reload the Opal gas pipeline at full capacity. Their own underground gas storage facilities are already filled to capacity. In addition, the Old World diversified its gas supply sources in advance, and many LNG terminals were built. In case of blocking the Ukrainian gas transportation system, “democratic LNG” from the USA will come to the aid of those freezing, which, in fact, is what Trump is seeking. True, paying for such a “salvation” will have to be more expensive than usual.

Gazprom, having received the go-ahead from the EU, will increase gas flow through the Nord Stream and will try to speed up the construction of Nord Stream-2. If the winter is cold, the company's lawyers will receive additional arguments to remove the restrictions of the Third Energy Package.

It is likely that the Russian monopolist will itself begin to supply LNG to Europe in order to fulfill its contractual obligations. True, experts believe that the company will not only earn on this, but rather “get it done”. Under the terms of the contract, it should supply gas at a price of a little less than $ 200, but in the conditions of the gas war on the spot market, LNG will cost around $ 400. That is, Gazprom will have to take the missing volumes in the spot market at an inflated price, and then sell it to customers at a lower contract price.

In other words, for the Russian company in the next heating season, one will have to think not about profit, but about how to maintain its share in the European market.
Ctrl Enter
Noticed oshЫbku Highlight text and press. Ctrl + Enter
We are
Peace enforcement operation. Russia inflicts a preemptive strike on Kiev
Ukraine without gas: what is the Kremlin doing?
Reporterin Yandex News
Read Reporterin Google News
4 comments
Information
Dear reader, to leave comments on the publication, you must sign in.