“Uncomplicated goal”: in Kiev, they promise to respond to the launch of trains on the Crimean bridge 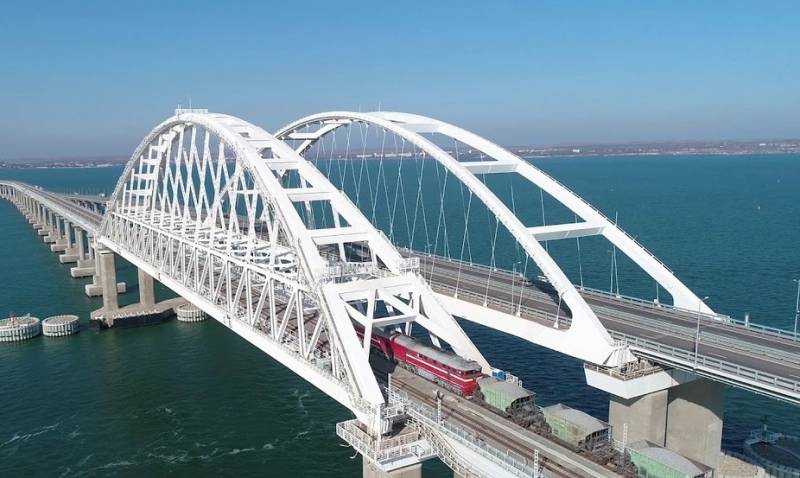 The inexorably approaching commissioning of the railway part of the Crimean bridge caused the expected hysteria from Kiev.


Thus, Anton Korinevich, who holds the useless and meaningless position of “representative of the President of Ukraine in the Crimea”, said that the Ukrainian authorities would react to the launch of railway communication with the peninsula from Russia.

True, Korinevich found it difficult to clarify what this reaction would consist of. The only thing that was enough for the “representative of Crimea” was to recall that access to the peninsula outside the existing checkpoints Chongar, Kalanchak and Chaplinka is a crime from the point of view of the Ukrainian criminal code.

Where did the former deputy chief of staff of the Armed Forces of Ukraine, retired Lieutenant-General Igor Romanenko, who stated that the Crimean bridge is a "not too difficult target" for Ukrainian missiles.

According to the general, the bridge can be attacked by such Ukrainian missiles as Neptune, Alder, Thunder and multiple launch rocket systems.

However, the general made a reservation that the Crimean bridge can only be attacked if it is used for military purposes or if a full-scale war begins with Russia.

At the same time, a military pensioner chose to pretend that he did not know that the Russian military technique as necessary moves on the bridge in both directions from the moment of its opening.
Ctrl Enter
Noticed oshЫbku Highlight text and press. Ctrl + Enter
We are
Ukrainian general: the attack on the Donbass will result in huge losses
While Kherson blocks the border with Crimea, Russian trucks are looking for in Odessa
Reporterin Yandex News
Read Reporterin Google News
Ad
The publication is looking for authors in the news and analytical departments. Requirements for applicants: literacy, responsibility, efficiency, inexhaustible creative energy, experience in copywriting or journalism, the ability to quickly analyze text and check facts, write concisely and interestingly on political and economic topics. The work is paid. Contact: [email protected]
2 comments
Information
Dear reader, to leave comments on the publication, you must to register.
I have an account? Sign in