How many years will Nord Stream-2 operate at half capacity 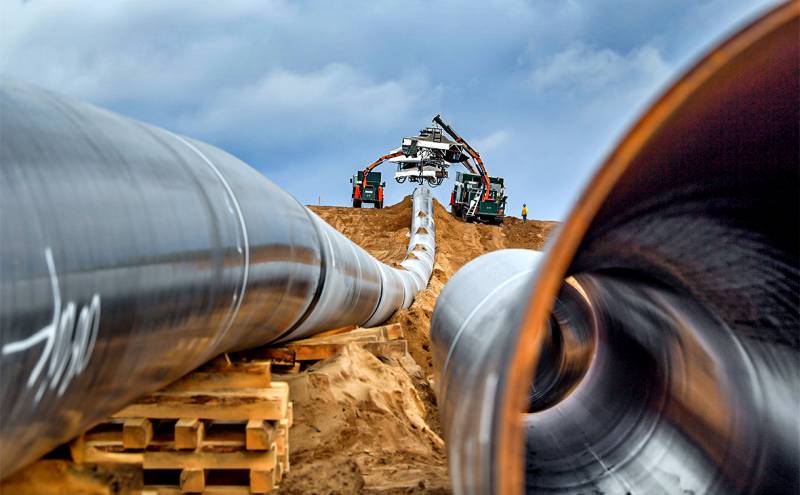 After the construction permit was issued by Copenhagen, the Russian Stream Nord Stream 2 gas pipeline was left with only one significant obstacle - amendments to the Third Energy Package, which threatened to leave one of the two pipelines empty. This forced Gazprom to file a lawsuit with the EU arbitration court. How long can a lawsuit take, and is there a real chance for a domestic monopolist to win?


Nord Stream 2 is rightly considered the main threat to US plans for LNG expansion in Europe. American gas is more expensive than pipeline gas because of the need to liquefy it, deliver it through the Atlantic and regasify. Policy politics, but Europeans know how to count money. Therefore, Washington puts an obstacle behind the obstacle to the implementation of the Russian-German project, which will have to pump up to 55 billion cubic meters of gas annually to the EU.

At first, the gas pipeline almost tripped over little Denmark. The kingdom dragged on for two years with the issuance of a permit to lay a pipeline in its waters, not agreeing, but not directly refusing. Especially cynical against this background looked the issuance of a permit for the Norwegian-Polish Baltic Pipe. The suspended state of Nord Stream-2 has seriously improved Kiev’s position in negotiations on transit through the Ukrainian gas transportation system.

However, in the end, Denmark did what it should. Gazprom celebrated an interim victory. It is likely that Copenhagen was affected by the willingness of the Russian company to go to court on the apparent bias of the Kingdom in its frankly "cloudy" issue. Apparently, only through the court will the domestic monopolist have to remove the last obstacle to launching the gas pipeline at full capacity.

As you know, under US pressure, European bureaucrats adopted amendments to the Third Energy Package, extending its effect to offshore pipelines. According to the new standards, so-called “unbundling” will be required, that is, the separation of gas production and transportation functions into different companies, as well as access to the pipe of some third suppliers, built at the expense of Russia and its partners. In fact, this means that the gas pipeline will be used only half of its design capacity. It is hard not to notice that these steps were directed specifically against the construction of Nord Stream-2.

You cannot help the case by persuasion, so Gazprom decided to go to court. However, the company chose a rather rare arbitration format for this - ad hoc, created for a specific dispute. Legal expert Kira Sazonova comments on this decision as follows:

This is a fairly rare use of the peace process. Its main disadvantage is that it is quite long, because for ad hoc arbitration you need to look for judges who will be specialists in this field. They should be as objective as possible, impartial and so on. Therefore, the procedure usually takes from three to five years.

Three to five. Not very fast. But Sazonova believes that the chances of winning are high enough. However, this means that Nord Stream-2 will only work half its capacity for the next 3-5 years, unless, of course, something changes in the position of the EU itself.

From the outside it seems strange why Europe, which is vitally interested in inexpensive Russian gas, itself poses an obstacle to it. But here we must understand that there is a supranational superstructure in the form of the European Union, whose officials are openly pro-American. And there are the interests of individual countries that are members of the union. For example, Germany or Austria stand for Nord Stream-2, while European bureaucrats put sticks in its wheels. Hence the apparent inconsistency of EU policies regarding Russian gas.

Obviously, the fate of Nord Stream-2 will largely depend on how much sovereignty the leading countries of Western Europe can really defend themselves.
Ctrl Enter
Noticed oshЫbku Highlight text and press. Ctrl + Enter
We are
Semi-empty gas pipeline: will Russia win the “last fight” for the joint venture 2?
Kiev gas blackmail: brave Ukrainians did not take into account one moment
Reporterin Yandex News
Read Reporterin Google News
7 comments
Information
Dear reader, to leave comments on the publication, you must sign in.