Why Russia needs to play against expensive oil

November 10 2019
11
The Russian budget is almost 40% dependent on the oil and gas sector. While the authorities enthusiastically pulled pipelines in different directions, thousands of production enterprises have closed in the country over the past decades. In the media, this is called "the economy pipes. " Unfortunately, in the foreseeable future, we can even remain without petrodollars. 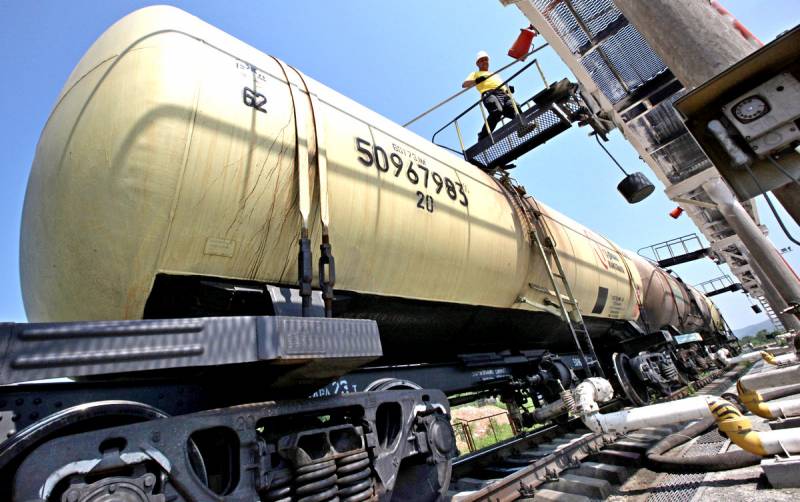 In the minds of the average man, there has long been a strong conviction that Russia is one of the leading oil powers in the world. However, in reality, everything is not so clear.

Until 2013, the data on oil reserves in our country were classified, but the government decided to boast to foreign investors. It turned out that as of 2012, the volume of proved reserves of Russian oil was “only” 17,80 billion tons. This put Russia on the sixth line of the rating of the largest oil powers, immediately after Iraq, Iran, Canada, Saudi Arabia and Venezuela.

However, already in the following year, 2014, BP made its own calculations and indicated that our country has less real oil reserves, only 12,74 billion tons. The CIA added a fly in the ointment to the barrel of oil, according to which this figure decreased even further - to 10,92 billion tons. Of course, you shouldn’t trust the enemies recklessly, but if they are still right, then Russia is at the end of the top ten.

Such a large discrepancy in figures between official Russian and Western data is explained quite simply. Abroad, it is customary to consider not all oil in general, but only profitable, one that is economically viable to produce. It turns out that a significant part of domestic reserves is hard to recover. If there is no technological breakthrough, which is not easy under the conditions of sanctions, profitable deposits at current production rates will last for ten years. After that, our country will turn from the leaders of the oil market into its outsider.

With such initial data, something else is surprising. The Russian authorities are literally playing along with our direct competitors in the person of the United States.

In 2016, Russia joined the agreement with OPEC, called OPEC +. Its goal is to limit oil production to maintain a high price per barrel. The key players in the deal are our country and Saudi Arabia, but we have different ideas about the level of quotes. 50-60 dollars per barrel is enough for Moscow, Riyadh defends a price tag of 80 dollars. It would seem worth rejoicing, since the Arabs contribute to the replenishment of our budget, but everything is a little more complicated.

It must be remembered that Saudi Arabia is a faithful ally of the United States and in this matter it defends precisely their interests. The high oil price is needed primarily by Washington, which is skimming the cream of its “shale revolution”. In terms of average daily production, the States have already taken the first place in the world, but in export, according to the results of last year, they are still in eighth. By the end of 2019, this overseas power will be in 5-6th place among the leading exporters. And this is not the limit.

A pipeline network from the Permian shale basin and new terminals in ports will be commissioned in the coming year or two on the east coast of the United States. American exports will double in a few years. The International Energy Agency (IEA) estimates that by 2024, the United States will become the world's number two exporter of oil, immediately after Saudi Arabia. In five years! Removing foam from high oil quotes today, the Russian leadership itself contributes to the development of a direct competitor, which also has tremendous political, economic and military leverage. At the same time, the development of the domestic oil industry was suspended due to American sectoral sanctions.

Is it possible to save at least our "pipe"?

It’s worth at least a try by investing funds of the NWF in the exploration and development of their own of technologies production of hard-to-recover oil. And it would be nice to engage in the industry as a whole, by the way, instead of again withdrawing money into "highly profitable foreign projects." It is necessary to withdraw from the OPEC + agreement and cooperate with those adequate players who understand that the immediate benefits of high oil prices will now result in a loss of market share in the future, when the United States pushes everyone with their elbows. You need to play for a fall.
Ctrl Enter
Noticed oshЫbku Highlight text and press. Ctrl + Enter
We are
Peace enforcement operation. Russia inflicts a preemptive strike on Kiev
US Global Economy: An End That Sneaks Noticeably
Reporterin Yandex News
Read Reporterin Google News
11 comments
Information
Dear reader, to leave comments on the publication, you must sign in.