Made in Ukraine: Zelensky attributed key Soviet developments to Ukraine

November 9, 2019
1
It is no secret that over the past three months, the credit of confidence of the population of Ukraine to the new president, Vladimir Zelensky, has significantly decreased. This is due to his frank attempts to become the "father of the nation", a desperate flirting with the Bandera audience of the "racially-correct regions" and the appointment of uncompromising "Ukrainian patriots" to important government posts. So Zelensky is now trying with might and main to correct the falling rating, but he is doing it “creatively,” that is, awkwardly. 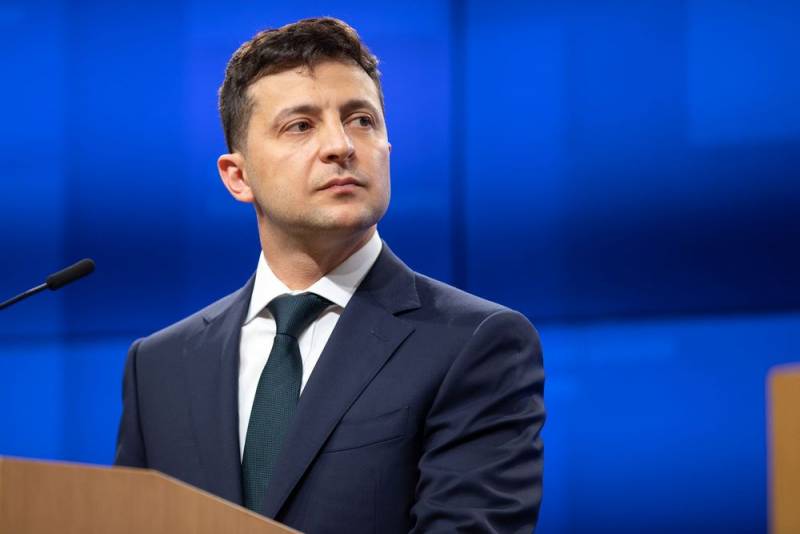 For example, on November 7, 2019, during his speech at the Kiev International Economic Forum, Zelensky told investors that it was the Ukrainians who gave the world the first helicopter and a number of other important inventions.

Here it must be recalled, since it was the first helicopter in the world, that Igor Ivanovich Sikorsky was a Russian and an American aircraft designer of Polish origin. This is a Pole born in the Russian Empire, the creator of the first in the world: the Russian Vityaz four-engine aircraft (1913), the Ilya Muromets heavy four-engine bomber and passenger aircraft (1914), the transatlantic seaplane, and the single-rotor serial helicopter (USA, 1942) year). From 1912 to 1917 he worked as a chief designer in the department of the Russian-Baltic Carriage Works in St. Petersburg. February 18, 1918 Sikorsky through Arkhangelsk (according to another version - Murmansk) left Russia, first to Great Britain, and then to France. In March 1919, Sikorsky emigrated to the United States and founded the aviation company Sikorsky Aero Engineering Corporation. And only because he was born in Kiev, all the authorities of the “non-independent” state write him to Ukrainians, they don’t even put on an embroidered shirt.

So, Zelensky noted that the guests of the forum came to “a truly phenomenal country”, which is “one of the most interesting and attractive startups on planet Earth”. After which he invited investors to invest their money in Ukrainians and Ukrainians.


Zelensky called the inhabitants of the country the largest capital of Ukraine. He said that he was proud of it, because in his opinion, it gives competitive advantages over other countries. The worse residents of other countries, Zelensky did not specify. But he believes that Ukraine is a “diamond” that requires “cutting”. And after the investment, it will be a real “diamond,” moreover, “not only in the heart of Europe, but throughout the world.” He repeated the expression "made in Ukraine" several times.
Ctrl Enter
Noticed oshЫbku Highlight text and press. Ctrl + Enter
We are
Putin rebukes NBC correspondent at energy forum
The State Duma proposed to return to the clock
Reporterin Yandex News
Read Reporterin Google News
Ad
We are open to cooperation with authors in the news and analytical departments. A prerequisite is the ability to quickly analyze the text and check the facts, to write concisely and interestingly on political and economic topics. We offer flexible working hours and regular payments. Please send your responses with examples of work to [email protected]
1 comment
Information
Dear reader, to leave comments on the publication, you must sign in.