November 9 2019
10
Chairman of the Board of JSC Rusnano (the company was established in 2011 by reorganizing the Russian Corporation of Nanotechnologies) Anatoly Chubais spoke sharply about the citizens of the USSR and the leadership of the Soviet Union. Chubais expressed his opinion in the documentary film of the anti-adviser Alexei Pivovarov "The death of the empire." 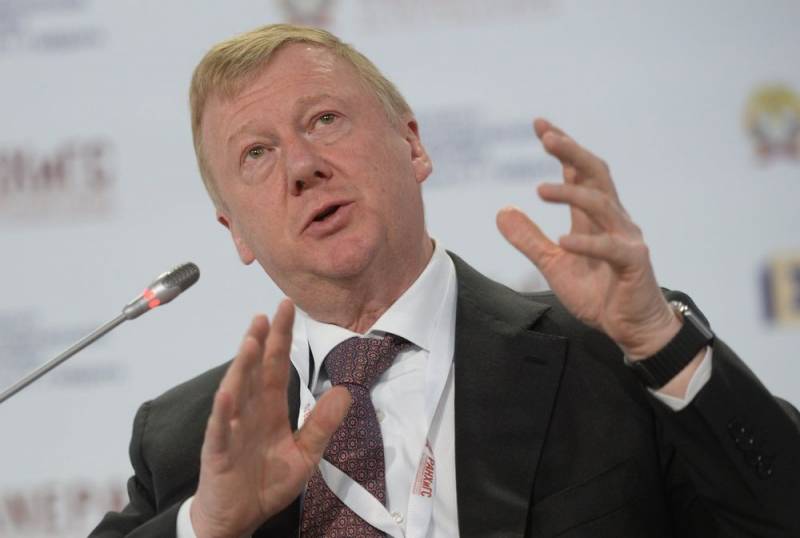 According to Chubais, all life in the USSR was built on lies, and Soviet citizens were idlers. Moreover, everyone understood this, except for "several thousand idiots."

Let the iron saw work, not for work my mother gave birth to me
- so Soviet people, according to Chubais, related to work.

Moreover, Chubais is sure that everything began with the peasantry. Although, where did he get such confidence, it is not entirely clear.

Chubais emphasized that he blames the leadership of the USSR for this situation. Especially the late period.

In my life, nothing more disgusting than the late Soviet regime did not happen
- added Chubais.


We remind you that Pivovarov’s film “The Death of an Empire” was released on November 7, 2019. Symbolism lies in the fact that on this day the USSR celebrated the main holiday - “October Revolution Day”. At the same time, in August 2019, RUSNANO reported that for the first half of 2019, the company's net loss under international financial reporting standards (IFRS) amounted to 13,9 billion rubles.
Ctrl Enter
Noticed oshЫbku Highlight text and press. Ctrl + Enter
We are
Zakharova criticized Chubais
Chubais advocated an increase in electricity prices
Reporterin Yandex News
Read Reporterin Google News
10 comments
Information
Dear reader, to leave comments on the publication, you must sign in.