November 8 2019
3
The fantastic capabilities of the Russian supersonic strategic bomber Tu-160 became an excitement for the Chinese media. 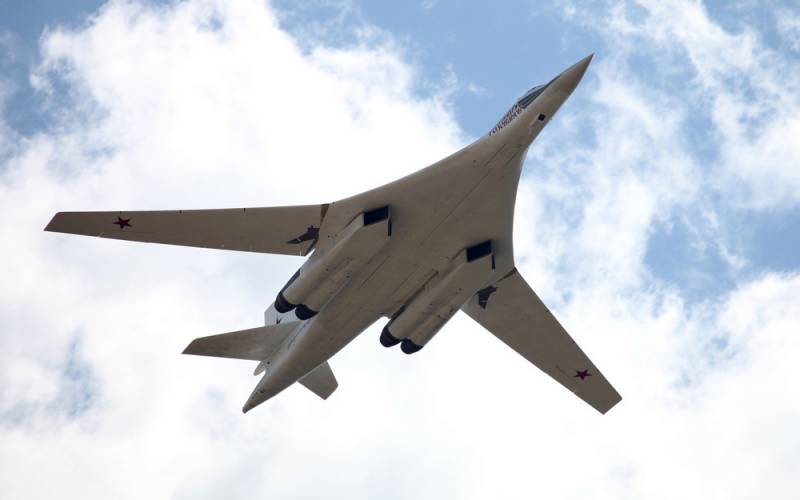 According to Sina, in early November, during a scheduled flight over the Sea of ​​Japan, the Russian "strategist" turned on the afterburner and left two American fifth-generation F-35A Lightning II fighters who tried to accompany him.

According to the Chinese portal, the Russian missile carrier hit the radar screens of American fighters, and they made an attempt to get closer.

However, changing the angle of sweep of the wings, the Tu-160 turned on the afterburner and did not give the pursuers the opportunity to catch up with themselves.

In conclusion, the authors make the obvious conclusion that a bomber flying faster than a fighter is a technical advantage.

Recall that in the near future the modernization of the Tu-160 will begin, during which the aircraft will receive new NK-32 engines of the second series, avionics and an airborne defense system, as well as more long-range and powerful strategic missiles.

During the operation in Syria, the Russian Tu-160 (NATO classification - Blackjack) attacked the positions of the militants with the Kh-555 cruise missiles (flight range up to 2 kilometers) and X-500 (hitting targets at a distance of up to 101 kilometers).
Ctrl Enter
Noticed oshЫbku Highlight text and press. Ctrl + Enter
We are
The commotion in the Arctic: Russian Tu-160 scared the US Air Force and Canada
Tu-22M3 bomber crashed in the Murmansk region
Reporterin Yandex News
Read Reporterin Google News
3 comments
Information
Dear reader, to leave comments on the publication, you must sign in.