On the network ridiculed a new super-rocket of Ukraine

November 4 2019
3
The presentation of the model of the new Ukrainian anti-ship missile Blyskavka (Lightning) for the armament of the Su-27 and Su-24M, which supposedly cannot be shot down, caused ridicule from users of the YouTube video hosting where it was posted. 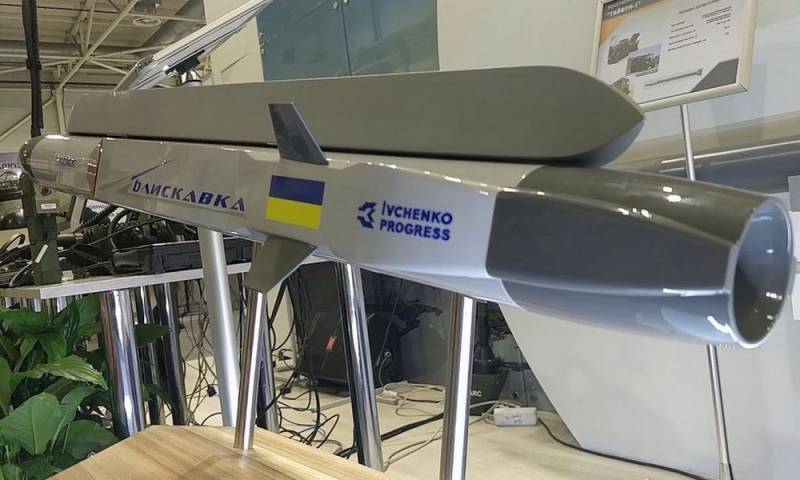 Anticipating the stinging comments of the audience, it is worth noting that even many patriotic Ukrainians have no doubt that in the five years that have passed since the Maidan, the country has completely lost the ability to produce new high-tech weapons.

Moreover, the owners and managers of Ukrainian enterprises related to the defense industry have long been selling secrets and who are clearly and secretly Technology abroad. In particular, to China.

Another tale for suckers. More than 15 months have passed since the presentation of Bogdana. And WHERE are they in ZSU? WHERE video of their tests - i.e. evidence that is not a layout? For 2 years already, tales have been told about Thunder 6. For 5 years ZSU received ZERO Oplotov ... Cruiser Ukraine sent for scrap. The only frigate Sagaidachny is already a year and a half in repair. I can continue for a long time.

Drakk Drakk points out the obvious:

So this is just a piece of painted gypsum))). This is not even a prototype. Yes, and the aircraft listed are already exhausted all their motor resources and flight hours 10 years ago at least. Flying coffins. Whom to make fun of?

Dmitry Models suspects that this is a traditional scheme for Ukroboronprom:

Another scheme to cut the dough)))

Ctrl Enter
Noticed oshЫbku Highlight text and press. Ctrl + Enter
We are
Russia's biggest espionage scandal: 20 years for accused
US State Department: Venezuelan Civil War Scenario Ready
Reporterin Yandex News
Read Reporterin Google News
Ad
The publication is looking for authors in the news and analytical departments. Requirements for applicants: literacy, responsibility, efficiency, inexhaustible creative energy, experience in copywriting or journalism, the ability to quickly analyze text and check facts, write concisely and interestingly on political and economic topics. The work is paid. Contact: [email protected]
3 comments
Information
Dear reader, to leave comments on the publication, you must to register.
I have an account? Sign in