November 3 2019
5
As people say, “the raven will not peck out the raven’s eye”, but this does not apply to representatives of the new Ukrainian government with their “high” relations. For example, the head of the Security Service of Ukraine (SBU), Ivan Bakanov, who is a childhood friend “from the neighboring entrance” of President Vladimir Zelensky, went into the office (administration) of the head of state on Bankova Street and started a fight with Andriy Bogdan, who heads this institution. 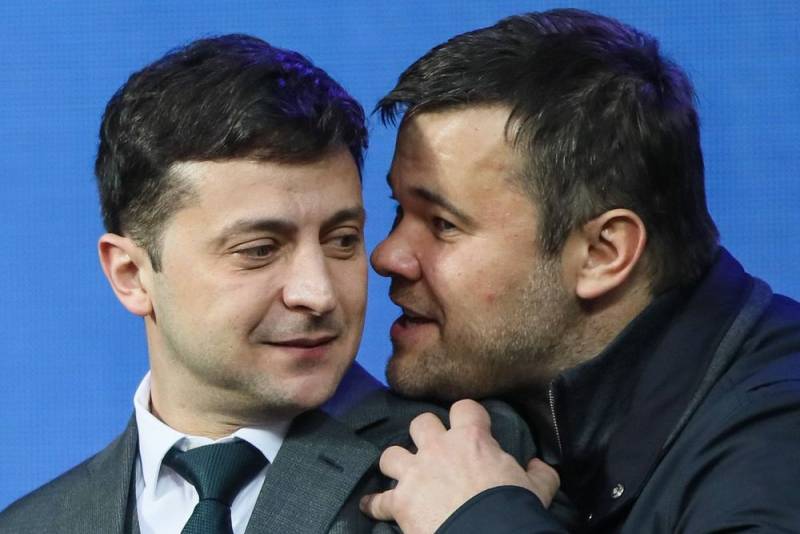 Ukrainian journalist Stanislav Rechinsky announced on Facebook his details of this incident, however, which is standard for modern Ukrainian political culture. According to Rechinsky, this happened on October 30, 2019. As a result, Bogdan lost his tooth and since then has not appeared at his workplace.

As the journalist suggests, the “clarification of relations” occurred as a result of disagreements “between the parties” on the personnel issue - who should be appointed to the post of head of the SBU Main Investigation Department. Bakanov insisted on the candidacy of Major General Vasily Vovk. Bogdan, in turn, believed that the candidacy of the colonel of the SBU Dmitry Neskoromny more suitable. As a result, the parties did not come to an understanding, and the result is now reflected on the face of Bogdan.

It is noted that after the fight Zelensky signed Bakanov’s submission on the dismissal of two deputies: the first deputy chairman of the SBU, Lieutenant General Vladislav Bukharev and the mentioned colonel Neskoromny. But the president did not sign the submission for the dismissal of another deputy head of the SBU, Major General Anatoly Dublik.

It must be recalled that this is not the first conflict between Bakanov and Bogdan. In July 2019, Bogdan took offense at Bakanov for not agreeing with the president’s office on the appointment of employees in the SBU.
Ctrl Enter
Noticed oshЫbku Highlight text and press. Ctrl + Enter
We are
“They called 5 times, but without success”: Kiev complains that Moscow is ignoring him
The head of the SBU explained that he had Russian citizenship with his wife
Reporterin Yandex News
Read Reporterin Google News
5 comments
Information
Dear reader, to leave comments on the publication, you must sign in.