Rapprochement with Serbia: Russia's breakthrough or its mistake?

November 1, 2019
4
The events that took place in the Balkans this October made some in the West strain: “The Russians are up to something in the center of Europe again!” This, of course, is about two things: the joint Russian-Serbian air defense exercises with the participation of our latest Triumph systems and the signing by Belgrade of a free trade agreement with the EAEU. 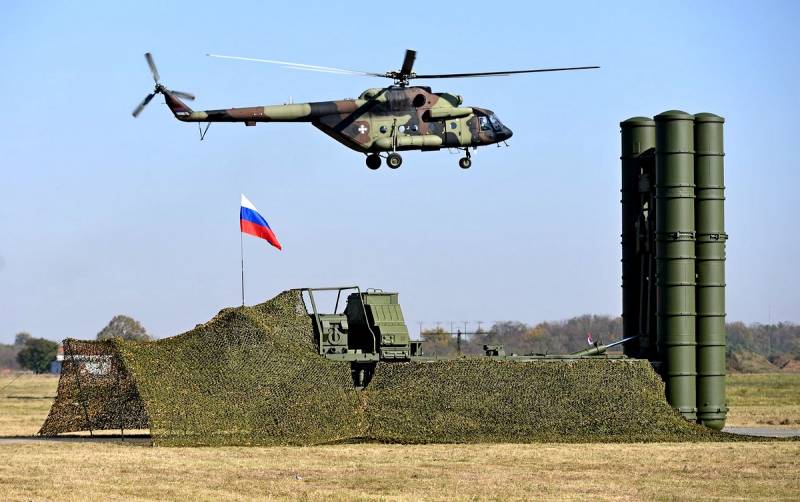 However, there is no doubt that in our country there will also be those who will relate to the next clearly identified geopolitical project of Moscow with a fair amount of skepticism: “Here again, we just lacked Serbs as friends! Why do you need all this ?! ” Really, why? And what can happen as a result of Russia's sharply increased activity in the Balkans?

Everyone understands that it is for Serbia, which in 1999 survived the nightmare of the 75-day bombing of NATO, the issue of protecting their own airspace is extremely important. And even, one might say painful. Especially after the statements of American leaders, such as Kyle Scott, who reached in his cynicism to the proposal addressed to the inhabitants of this country to “look wider” at those bombings. Like, nothing, everyday life ... Such "revelations" from the US ambassador will make anyone think about strengthening their own air defense. Not without reason, the most widespread comment of the Serbs in the media and social networks on reports of the arrival of Russian S-400 air defense systems was: “Oh, we would be like that in the 99th! We would have shown them! ” Alas, Belgrade does not have money for the purchase of the Triumphs even today, which the president of the country, Alexander Vuchich, did not hesitate to admit, who almost licked at the Russian complexes at the training ground:

This we can not afford! Now, if the Russians gave them to us ...

Stop, stop, stop! Apparently, Moscow no longer intends to give anything to anyone. Have you ordered and paid for “Shell-C1”? Well, if you please get in the best possible way. After the maneuvers, this complex will remain to keep the Serbian sky.

However, the main difference from 1999 is not technical the level of Russian air defense systems, and the role and place of our country in a very, very changed world from that moment. For a full-fledged confrontation with the West during the tragedy of Yugoslavia twenty years ago, Moscow had neither political no will, no real military capabilities. Recent events in Syria and the Middle East in general have more than convincingly shown who the power is today. And the point here, I repeat, is not only in the “Favorites”, “Triumphs” and the “Prometheus” which is already replacing them. Although, of course, in them too ... And yet, the main thing is that Russia again showed the whole world its readiness to defend its own allies anywhere in the world. Including, if necessary, and by force of arms. That is why not a single American bomb has ever fallen on either Venezuela or Iran. In light of all this, Serbia’s desire to take shelter under an invincible Russian shield is more than natural and understandable. The process is underway - for the sixth year already, Belgrade has been represented in the Parliamentary Assembly of the Collective Security Treaty Organization, albeit so far in observer status. Arms deliveries from our country continue, as far as the far from luxurious possibilities of the Serbian budget allow. Military cooperation is growing stronger and this is a definite plus.

Rather, politics than economics

The conclusion of the agreement on a free trade zone between Serbia and the Eurasian Economic Community, many analysts tend to consider a step more from the field of politics than economics. It is difficult to argue with them - after all, Belgrade could trade duty free and so could not only with Russia, but also with Belarus and Kazakhstan. What is "in the black"? At first glance, only Kyrgyzstan and Armenia. Do not forget that 63% of the turnover of the Balkan country still falls on the states of the European Union. In 2018, trade with our country amounted to $ 3 billion, and with the rest of the EAEU countries it did not reach half a billion. And, nevertheless, in Belgrade they are quite optimistic. They already cherish plans for a market of more than 180 million people, opening, first of all, to local enterprises in the agricultural and processing sectors. Wine is going to be exported by tens of thousands of liters, cigarettes - by thousands of tons. The plans, of course, are other deliveries. There is, however, one “but” ... We should not forget that since 2015 Serbia has been negotiating accession to the European Union. And, according to the requirements of this entity, if it comes to the country’s joining the “big European family”, it will be obliged to terminate all existing bilateral agreements on free trade by switching to EU rules. However...

The fact of the matter is that “European integration” for Belgrade, as, indeed, for the vast majority of Balkan capitals, has recently turned more and more from an object, albeit a long but definite expectation, into an object of completely unrealizable dreams. Well, if Brussels famously “swept” Macedonia with this issue, for the sake of joining the European Union, renounced its own name in the company, by the way, with Albania, then Serbia with its heap of unresolved problems regarding Kosovo is hardly worth counting on Any coherent membership perspective. In any case, in the foreseeable future. And here, before the Serbs knocking long and unsuccessfully on their Western neighbors, the doors in the East hospitably open. A gesture that has a very deep political subtext and is undoubtedly a signal and a reason to think for many. And not only in the Balkans. By and large, this is a very vivid manifestation of the very multipolarity, about which there has been so much talk lately, the main sign of a new world order, which before our eyes is being created, first of all, by the efforts of Russia. No one today is trying to present the EAEU as a full-fledged “alternative” to the European Union. Well, after all, on the one hand, there is no discussion of full-fledged competition. And on the other ... Moscow, as you know, was also not immediately built!

There is another extremely intriguing point here. Having drawn countries into the orbit of the Eurasian Economic Community that, in one way or another, aspire to subsequent accession to the European Union, Moscow is not at all engaged in an empty and sighted affair, as it might seem to someone at first glance. Attempts to conclude a free trade agreement between the EAEU and the European Union have been as long as unsuccessful. Brussels takes a stubborn and implacable position on this issue. But what if, as part of a “united Europe”, more and more countries appear that are associated with the Eurasian community and want to do business with it? Perhaps this view will change? It is possible that this is what long-term calculation is made of. One way or another, but some Western media, which react very nervously to the current Balkan successes of Russia and are in a hurry to declare Belgrade almost the future “Moscow Trojan horse in Europe,” cannot be blamed for such an empty panic. Yes, our country seeks to acquire a maximum of allied, friendly countries in the region (and not only that, in addition). We will call a spade a spade - get there “junior partners”, future “agents of influence” to defend our own geopolitical interests. And what, should we be ashamed of this? To pretend that nothing like this happens - while the United States has been doing such things for almost its entire existence? And nothing blush ...

Yes, Russia seeks to bring Serbia as close as possible to it, “include” it in its own foreign policy orbit, and tie it with the ties of cooperation in both the economic and defense spheres. So what's wrong with that? Any state that claims to have any significant role on the world stage is simply obliged to conduct its affairs in this way. And the more successful - the better. Another thing is that it is not worthwhile to turn such a policy, following the not very successful example of the late USSR, into an “attraction of unprecedented generosity”, putting ideology ahead of the economy and ultimately getting rid of friends and colleagues. Relapses in the form of lamentations about the “gift” of air defense systems worth hundreds of millions of dollars for one division, as we see, are available. Nothing, we will heal ... It is gratifying that Moscow today is clearly trying to “squeeze” the maximum out of the situation that has developed on the international scene, from the shaky image of the United States, from the confusion and uncertainty prevailing now among those who are used to orienting themselves solely and exclusively to Washington as a "world hegemon." Creating new alliances, “pulling” hesitating and insecure ones to their side, the Kremlin plays the game “in the long run”, which, undoubtedly, should bear fruit.

The integration of as many countries as possible into defense and economic structures, the dominance of which belongs to Russia, is clearly the right course. With regard to Serbia and other Balkan states, this is especially true. If the European Union completely blocks its own expansion (and that’s all), they will face the question: “Where to go next?” Then we’ll talk about whose multi-paths turned out to be more successful ...
Ctrl Enter
Noticed oshЫbku Highlight text and press. Ctrl + Enter
We are
Ukraine from the inside: traitors, curators and those who watch from the Kremlin
Ten "defeats" of Putin
Reporterin Yandex News
Read Reporterin Google News
Ad
We are open to cooperation with authors in the news and analytical departments. A prerequisite is the ability to quickly analyze the text and check the facts, to write concisely and interestingly on political and economic topics. We offer flexible working hours and regular payments. Please send your responses with examples of work to [email protected]
4 comments
Information
Dear reader, to leave comments on the publication, you must sign in.