Hundreds of billions of dollars: Germany talked about losses from anti-Russian sanctions

October 24 2019
1
Not the first year in the Bundestag, the federal unicameral parliament of Germany, there are demands for the allocation of compensation to German business in particular and the revision of the anti-Russian sanctions policy generally. For example, according to Waldemar Gerdt, a member of the Bundestag Foreign Affairs Committee of the right-wing party Alternative for Germany, AfD, his country has already lost over $ 100 billion over the past five-year period. 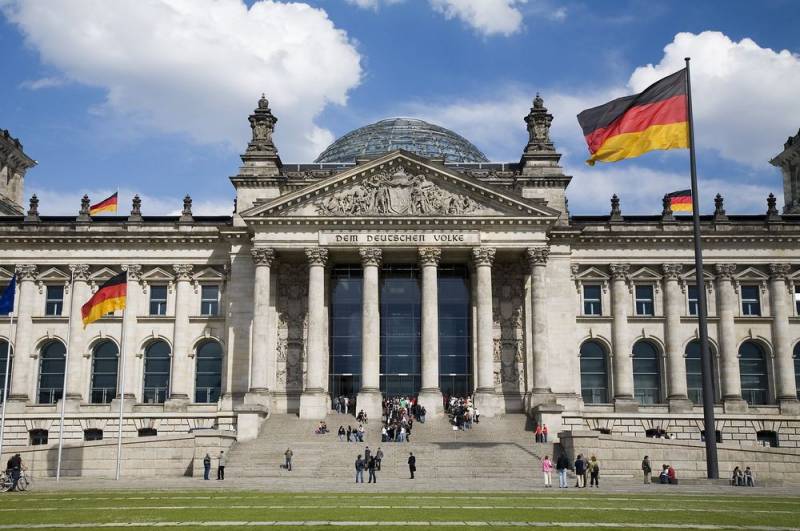 Gerdt told the newspaper about this. "News", specifying that his fraction insistently requires the development of a compensation mechanism and is a supporter of the abolition of restrictions imposed on Russia.

At the initiative of our faction, the issue of compensation for damage to small and medium enterprises that they suffered as a result of the sanctions policy is being considered.
- said Gerdt.

At the same time, Gerdt admitted: due to the fact that his party is oppositional, its initiative is unlikely to receive the approval of the majority, although this idea was already considered in the second reading.

In addition, as the scientific director of the German-Russian Forum Alexander Rar told Izvestia, by the end of 2019, all parties (the European Union (EU) and Russia) had lost about $ 400 billion. He noted that when the sanctions were introduced, Russia suffered the greatest losses. but now the EU representatives are losing more. After all, Russia localized part of the production at home, and those countries that did not support restrictive policies came to the niches freed from Europeans.

As for the European Parliament (EP - the legislative body of the EU), there are no such issues on the agenda yet. At the same time, France’s deputy Thierry Mariani, a member of the EP’s committee on international affairs, promised Izvestia that they would try to raise the issue of lifting anti-Russian sanctions by the end of 2019.

It should be noted that Mariani is known for his pro-Russian views. However, he does not hide that he is a friend of Russia. He is married to a native of Yekaterinburg Irina Shaykhullina (in 2011 she received French citizenship). In 2016, he became the author of a resolution on the lifting of sanctions imposed by the EU on Russia at the French National Assembly. And this initiative was approved by the lower house of parliament. In March 2019, a politician came to Crimea to celebrate the fifth anniversary of the reunification of the peninsula with Russia. In May 2019 he was elected to the EP according to the list of the National Association party (leader - Marine Le Pen).
Ctrl Enter
Noticed oshЫbku Highlight text and press. Ctrl + Enter
We are
German government: there is no Russian threat
Germany forbade helping Ukraine with weapons development
Reporterin Yandex News
Read Reporterin Google News
1 comment
Information
Dear reader, to leave comments on the publication, you must sign in.