What are Russian Wagnerites doing in Libya?

October 25 2019
11
The return of Russia to the Middle East and Africa comes at a price. Coffins return to their homeland, but, according to a number of opposition publications, they do not contain Russian soldiers from the Ministry of Defense, but soldiers of the so-called PMCs. Why do our compatriots die in distant hot deserts? 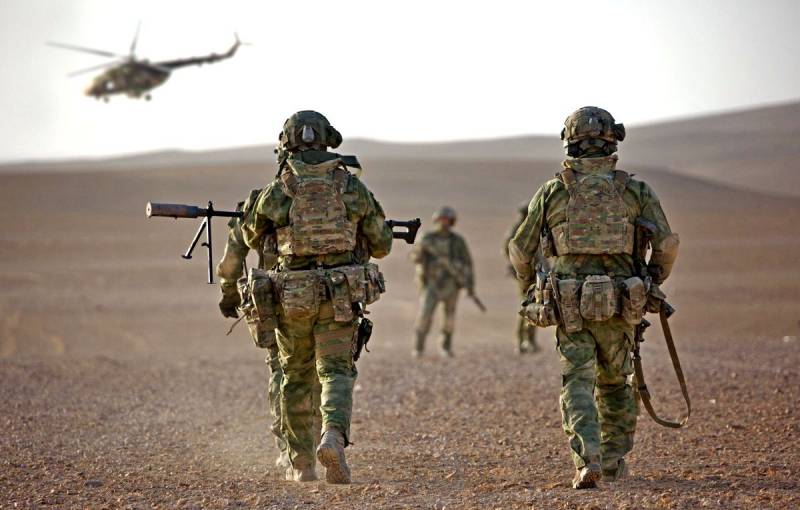 We don’t like to talk about losses, therefore we have to take into account information from Western sources and Russian media, which are opposition-minded. If you believe the publication of Medusa, then in Libya, 35 private military experts from Russia have already died. The Znak.com portal even wrote the name of one deceased, this is a native of Yekaterinburg Evgeny Ilyubaev, an employee of PMC "Wagner", who was hit by AH-64 Apache. The same "Medusa" reported the death in Libya of "Wagnerites", which were previously noted in the Donbass.

There are no comments from the RF Ministry of Defense in this regard, but can it be assumed that there is a certain share of truth in this information?

As you know, after the invasion of NATO in 2011 and the brutal murder of Muammar Gaddafi, Libya actually broke up and fell into a state of permanent civil war of all against all. In this once prosperous country, there is a dual power between the pro-Western government in Tripoli and the Parliament, which controls the east, which is supported by Field Marshal Khalifa Haftar. Back in the days of the USSR, we had close relations with Libya, and already the modern Russian Federation had interests there in the field of oil production and railways.

Russia's entry into the Syrian conflict prompted Haftar to seek Moscow's help back in 2015. The issue was raised again during the visit of the field marshal in 2018, when he was greeted by the Russian military at a high level. Since the Kremlin recognizes the Farage government, the alternative center of power in the east of the country could not receive official assistance. However, it was noted that the negotiations were attended by "Putin's chef", a large businessman Yevgeny Prigozhin, who is considered the owner of PMC "Wagner", which, however, has not been proven.

After that, reports from the Western press about the appearance of Russian military experts in Libya. The availability of special forces and employees of the General Staff of the General Staff of the Russian Federation near Haftar in 2018 was written by The Sun. The interest of Russian mercenaries in the protection of oil fields was also reported by the French Maghreb Confidential in early 2019. According to The Telegraph, up to 300 Wagnerites may already be in Libya.

What is this, the blatant lie of Western propaganda, or the harsh reality of modern geopolitics?

Russian political scientist Mikhail Alexandrov believes that Moscow, recognizing the official Tripoli, could rely on Haftar after his last year’s visit. He plays "both ours and yours," so there is a chance to get the field marshal to the allies. In exchange, Russia could get a military base in the Mediterranean, and domestic oligarchs would have access to Libyan oil and infrastructure:

If we got a military base in Libya, and we could put pressure on the southern flank of NATO. There Italy is at hand, American bases, and not far from Gibraltar. In fact, Libya is a strategic point that would allow us to project power in this region, and thereby limit the ambitions of NATO and the United States.

PMCs for such games are very useful because they are not directly related to the Kremlin. Great traditions in this area are in Great Britain and the USA. The only problem is that in Russia PMCs are not legalized, and the activities of their employees fall under the article on mercenarism. Outlawed, the Wagner fighters have no guarantees from the state, and no one has officially commented on their deaths in distant countries, except for the Western and opposition Russian media, as if they weren't there.
Ctrl Enter
Noticed oshЫbku Highlight text and press. Ctrl + Enter
We are
Ukraine from the inside: traitors, curators and those who watch from the Kremlin
Ten "defeats" of Putin
Reporterin Yandex News
Read Reporterin Google News
11 comments
Information
Dear reader, to leave comments on the publication, you must sign in.