Trump called Clinton crazy and confessed his love for Russians 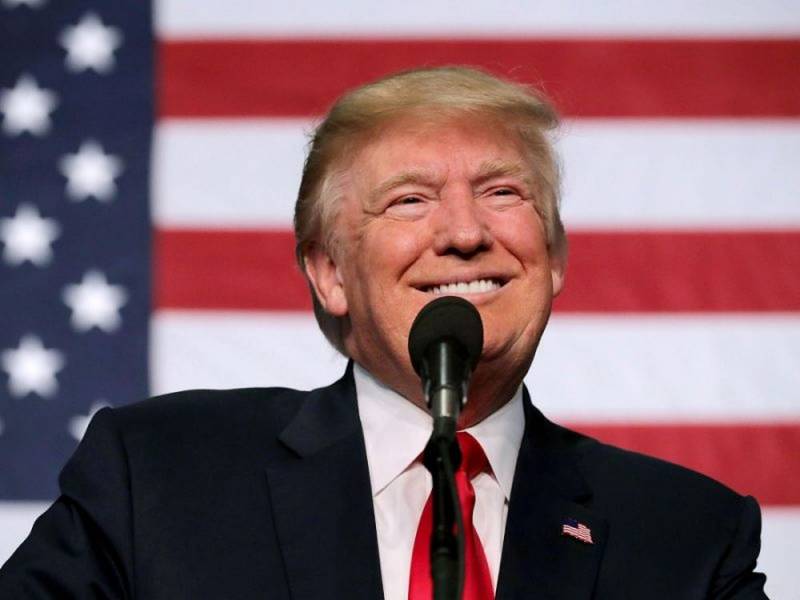 Hillary called Tulsi Gabbard (member of the House of Representatives of the US Congress from the State of Hawaii - ed.) “Russia's favorite”, and Jill Stein (a doctor, former US presidential candidate from the Green Party, who took fourth place in several past elections - ed.) “Russian agent. " As everyone heard, I was also called a great lover of Russia, indeed, I like Russian people, like all people
- Trump wrote in his Twitter account.

It should be noted that the mentioned Tulsi Gabbard (Tulsi Gabbard, born April 12.04.1981, 2020) is indeed one of the most likely candidates from the US Democratic Party in the upcoming presidential election in November 20.11.1942. Its main rival within the party is Joseph Biden (Joseph Robinette "Joe" Biden, Jr., born November 47, XNUMX) - the XNUMXth vice president of the United States (under Barack Obama), for whom Hillary Clinton is actively worried.
Ctrl Enter
Noticed oshЫbku Highlight text and press. Ctrl + Enter
We are
In the United States revealed three "Russian candidates" for president
Hillary Clinton: “I can help Democrats return the White House”
Reporterin Yandex News
Read Reporterin Google News
Ad
The publication is looking for authors in the news and analytical departments. Requirements for applicants: literacy, responsibility, efficiency, inexhaustible creative energy, experience in copywriting or journalism, the ability to quickly analyze text and check facts, write concisely and interestingly on political and economic topics. The work is paid. Contact: [email protected]
2 comments
Information
Dear reader, to leave comments on the publication, you must to register.
I have an account? Sign in