How Russian counterintelligence outplayed US spies in Severodvinsk

October 18 2019
78
A few days ago, an alarming event occurred in the Russian North. Three senior US intelligence officials who wished to get acquainted with the "spiers of the Archangel Cathedrals" accidentally "got lost" and went to Severodvinsk, the country's most important defense center, but were removed from the train by domestic law enforcement officers. What was it, an unsuccessful intelligence operation of the Pentagon, or a successful Russian? 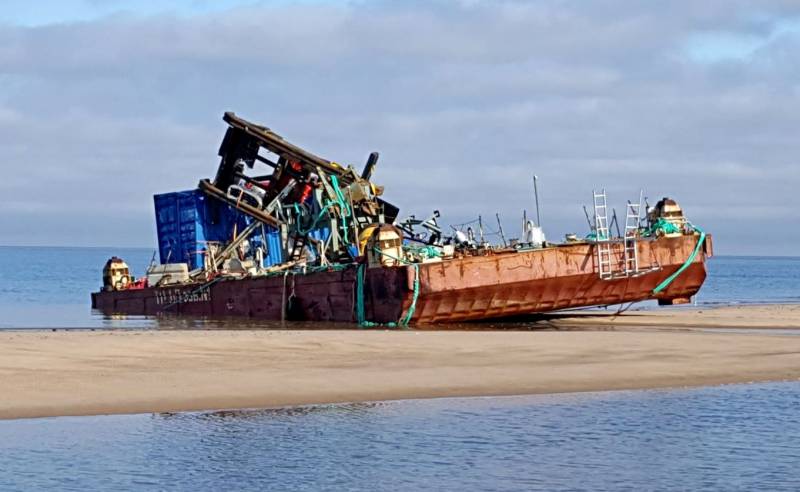 As many as three “diplomats” from the USA came to visit us in the Arkhangelsk Region: First Rank Captain William Whitsitt Curtis from Naval Intelligence, D.S. Dunne from the Pentagon, and Jerry Anthony Arriola through the CIA. All uninvited guests were dressed in mushroom pickers, due to which they should have looked “like everyone else,” but they betrayed themselves by speaking in pure English. So the scouts managed to attract the attention of an ordinary policeman at the station, who detained them for checking documents.

The US Embassy commented on the trip of their military attachés “for mushrooms” as follows:

Our diplomats travel to Russia to better understand it.

From the outside, it all looks like a third-rate spoofed comedy movie where they are exposed as complete idiots. But I don’t want to laugh, considering which objects American intelligence officers were planning to wander around from three departments at once.

In the city of Severodvinsk, the Sevmash plant is located, which creates nuclear and diesel-electric submarines, large surface warships. Its production facilities allow building up to 14 nuclear submarines at a time. The factory employs over 25 thousand employees. With the onset of another Cold War between Russia and the United States, this defense enterprise cannot but be of great interest to the Pentagon and the CIA.

But the matter is not limited to Sevmash alone. There, in the Arkhangelsk region, the 45th State Central Order of Lenin is located the testing range of the Navy, where tragic events took place on August 8 that received great international resonance. During tests of a prototype rocket with an experimental engine, an emergency occurred, which led to the explosion and death of five employees of the Sarov Nuclear Center, who tried to prevent it. An increase in radiation background in Severodvinsk and its environs as a result of tests of the “Putin rocket” was reported. The versions of the Western media and the official Russian diverge.

And in such neighborhoods American "mushroom pickers" might get lost. They themselves claim that they went to see Arkhangelsk, which is not prohibited. The spiers of the domes of the churches of the Russian city are known for their beauty. But for some reason they mistakenly took tickets to Nenoksy, where the secret training ground is located. True, they got off the train halfway and took the return tickets, where they were detained for clarification. What did the trio of military attaches want to achieve with such a sortie?

To infiltrate Sevmash for them is, to put it mildly, an unrealistic task, and there is no reason to. But to be in the vicinity of a secret training ground with Geiger counters and upload photos to social networks - this looks a little more adequate. The testimony of representatives of three US military departments at once would be enough for the Western public to demonstrate that "the Russians are brazenly lying."

Another question is how they were going to walk around the landfill, given its regime status. Without a local guide, this is simply unrealistic. It seems that the American intelligence agents were warned halfway that they were waiting for a “warm welcome”, and they prudently chose to catch the train in the opposite direction. If all this is so, then we have before us an external manifestation of the successful struggle of the Russian counterintelligence with the US intelligence.

We are in Yandex Zen
It's important
30
The collision of the Ukrainian and Russian fleets: Kiev crossed the line
Ten "defeats" of Putin
Reporterin Yandex News
Read Reporterin Google News
78 comments
Information