October 15 2019
5
It became known about the upcoming unification of the Russian design bureaus Kamova and Mil, which should be completed by 2022. Leading domestic manufacturers of rotorcraft are being transformed into the National Center for Helicopter Engineering. What is it, the liquidation of a unique Soviet engineering school, or a necessary step to maintain Russia's position in the helicopter market? 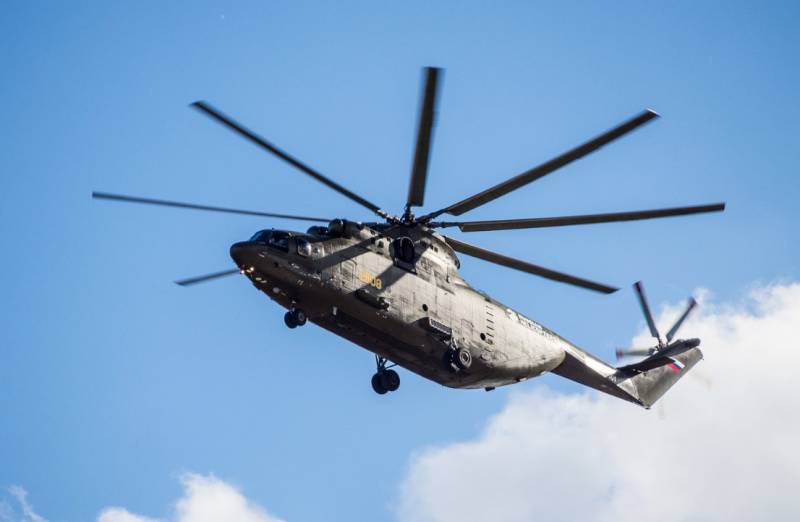 Without exaggeration, Miles and Kamov are legendary brands created by a real superpower, the USSR. At one time, the Soviet leadership decided to create two instead of one design bureau in order to create internal competition between them. This yielded results. Kamovtsy successfully mastered the coaxial rotor circuit and produced wonderful helicopters for the needs of the Ministry of Defense. Milevtsy supplied not only percussion, but also civilian vehicles in the middle and heavy segments.

Unfortunately, the collapse of the USSR dealt a heavy blow to the domestic helicopter industry. Enterprises sharpened for the production of large batches were idle with minimal orders, or even without them. The more specialized Kamov Design Bureau suffered especially from this. Many qualified personnel are gone. A step towards saving the design bureaus was to unite them into a single holding under the roof of the Rostec state corporation with its budgets. This allowed us to maintain the efficiency of enterprises that currently produce and develop new civilian and military machinery.

A logical question arises, is there an urgent need for their full integration, because optimization is almost always a reduction in staff? On this occasion, different points of view are expressed.

For further integration, they are in the Russian Helicopters holding:

The merger will optimize the work of a number of security and administrative units, remove obstacles to the exchange of technical solutions, help more efficiently distribute the load of units and unify technical standards.

The holding's management believes that after optimization, between 15% and 20% of “capacities” will be released, which will allow the future National Center to better compete with foreign manufacturers, distracted from the competition between Mil and Kamov.

This logic, of course, is. It is difficult not to notice the trend towards enlargement in the aircraft industry as a whole. So, Boeing quietly swallowed the Brazilian Embraer, and Airbus took control of the Canadian Bombardier. Lockheed Martin acquired the famous helicopter manufacturer Sikorsky Aircraft. Airbus Helicopters before the purchase of a European concern was called Eurocopter. In this context, the consolidation of domestic design bureaus and active state support are necessary to increase the competitiveness of Russian helicopters in the world market, provided that unique design schools are maintained.

Yes, the dismissal of employees of duplicate structures, such as accounting, security and support services of each design bureau, will give some savings to the state corporation. But there are other views on how the unification should take place. For example, a military expert, Major General Alexander Tsalko, considers as follows:

Above them, there are already “Russian Helicopters” and “Rostec” - now you can create a full-fledged management so that design bureaus do not simultaneously develop the same product, but at the same time complement each other.

In addition, Tsalko points out that the authorities should pay maximum attention to the activities of another Russian state-owned corporation, the United Engine-Building Corporation, since without a line of their own engines, unification would be meaningless.

In general, we can conclude that the enlargement of enterprises under the auspices of the state and the inevitable “optimization of personnel” are an inevitable evil within the framework of a market economics with her “invisible hand”, which de facto stifled the internal competition between Kamov and Mil.

We are in Yandex Zen
It's important
4
The merger of MiG and Sukhoi: will the aircraft industry survive the new “optimization”
US Global Economy: An End That Sneaks Noticeably
Reporterin Yandex News
Read Reporterin Google News
5 comments
Information