October 13 2019
4
Syrian Kurds were outraged by the actions of their allies - the United States, who took the position of a "dog in the manger", which itself does not eat it, and does not give it to others. 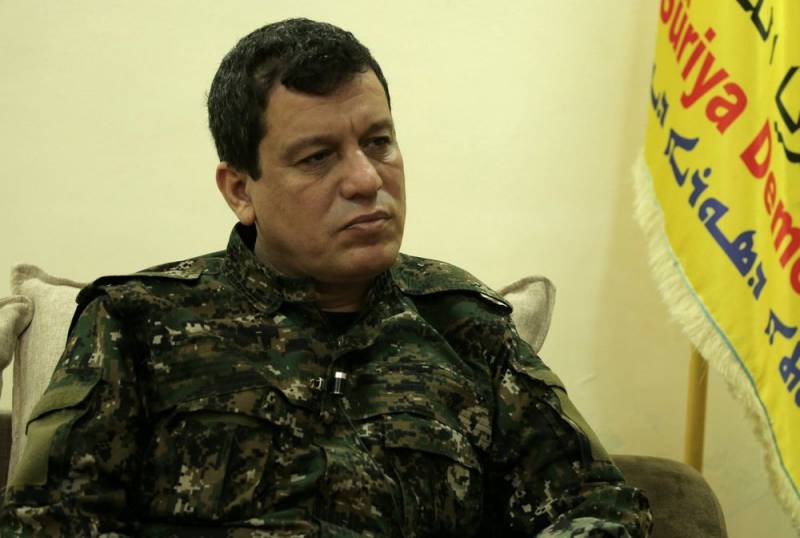 Against the backdrop of Trump's statements about the need to withdraw the American contingent from Syria, the US actually continues to remain there, interfering with everyone, including the Kurds, whom they promised to support.

The American CNN channel reported on the negotiations of the Kurds commander in the SDS Mazlum Kobani and the US deputy special envoy in the international coalition against the Islamic State terrorist group * William Rubak.

During the meeting, Kobani said that the United States should either stop the bombing and the advance of the Turkish army, or did not prevent the SDS from negotiating with the Syrian government and Russia to ensure that the Russian air forces exclude Turkish air forces from entering the airspace over the areas controlled by the Kurds.

Kobani openly accused the US of violating its obligations. CNN quotes the Kurdish commander:

In response, the American representative asked not to make hasty decisions and promised to convey the words of the SDS representative to the State Department.

Actually, with the example of the Kurds, the Americans once again demonstrated how the principle of "divide and conquer" works. After all, it was thanks to cooperation with Washington that the Kurds became outcasts in Syria.

It is hoped that Kobani will not wait until Rubak reaches the State Department, and he decides. The faster the SDS begin to repent before the legitimate authorities of Syria, the more likely it is that the number of Kurds will not drop to the point beyond which people are recognized as “disappearing”.

We are in Yandex Zen
It's important
9
Details about the life of a US spy evacuated from Russia
Leaving Syria, Americans can arm Kurds
Reporterin Yandex News
Read Reporterin Google News
4 comments
Information