October 10 2019
8
Just recently, the United States has made such a number of frankly insulting attacks on Russia that it’s time to think: to what point are relations between the two countries rapidly moving? Complete “freezing”, with an absolute minimum of contacts, or even without them at all? Or boiling, which is not far from the explosion? Cases of the unreasonable inadmissibility of our parliamentarians at international events held on American territory are already, in general, an occasion for a full-blown "diplomatic war." 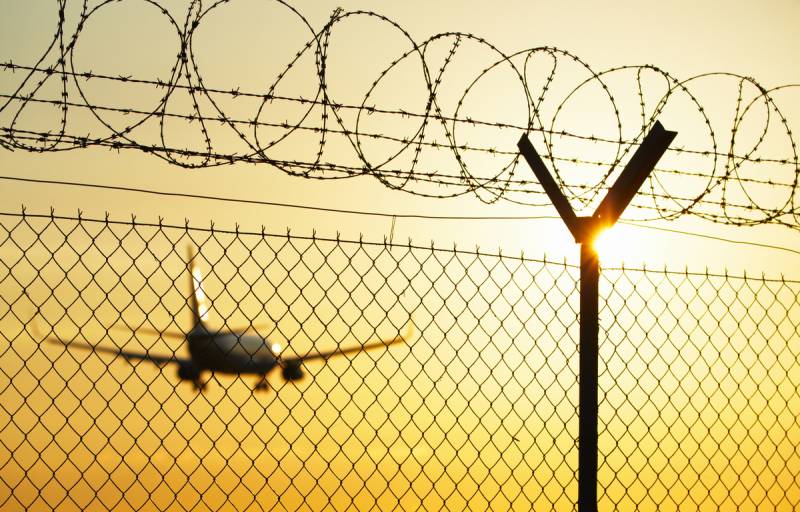 And if you add to them the unprecedented demarche that the FBI allowed itself at the New York airport, it turns out to be completely bad. Well, if we add some particularly striking "initiatives" of the American congressmen and the statements of the local politicians, then one can only guess - to what, in fact, is the limit in the Kremlin still going to endure these antics?

And I command you not to let go!

It seems that in Washington they undertook at all costs to ensure that Russian officials abandoned even the thought of any visits to the United States. The first spit in the face (let's call a spade a spade!) Was the deliberate delay of issuing visas to ten members of the delegation of our country, who went to the high-level week of the UN General Assembly in New York. As a result, the plane of Sergey Lavrov to the USA from Moscow departed even without the head of the apparatus of the minister and the chief translator of the delegation. At the same time, it is simply impossible to say that the incident has at least some reasonable reasons - the corresponding application was submitted to the US Embassy almost two months before departure. Yes, they did not refuse visas. They were "only" not given out on time, thereby trying to make the situation as humiliating as possible. The same story was repeated about a week and a half later with the participants of the Fort-Ross Dialogue Russian-American forum in California. They were also “driven” with entry visas, and representatives of the Russian Foreign Ministry did not get into any dialogue. However, as it turned out, it was far from the worst of the possible options ...

Inge Yumasheva, who is a deputy of the State Duma of Russia, issued a visa, apparently, without problems. However, the arrival in the United States resulted in a two-hour interrogation for her, perpetrated by the FBI agents who “appeared” in front of her at the moment when Mrs. Yumasheva was in a hurry for the next flight - to San Francisco. Otherwise, as a completely open and extremely brazen provocation, all that happened cannot be called. Okay, the agents ignored our compatriot’s diplomatic passport and her deputy status. But the proposal expressed by them “to continue communication” either in a “more comfortable” or even in an “informal setting” is a clear insult! In the United States, for such “tricks”, and what is there - for much more innocent words spoken out of place and out of time, people (and even more so - officials) often pay lawsuits for phantasmagoric amounts. Accusations of Harassment, and, speaking humanly, of harassment, have long turned into a real nightmare of American society, forcing many to avoid even traveling together in the elevator with those who may consider themselves the object of such. But blurt out like a young girl in the process of interrogation - this generally goes beyond all conceivable limits of the permissible. Or was there an attempt to recruit? Well then everything looks dumber. And, of course, no less offensive.

The agents of the Federal Bureau of Investigation are not patrol sergeants who, in principle, can "screw up" in a fit of bad service zeal. You know, I had a chance to communicate with this audience ... Not giants of thought, perhaps, but also not the stupidest ones, who do not understand what they are doing. This kind of "action", most likely, was sanctioned at a fairly high level, at least in this "office" itself. Those who today in Russia talk about "inconsistency in the actions of various US departments" or that the FBI acted "exclusively in their own interests", without coordinating their stupid escapade with anyone (and such voices are heard even within the walls of the State Duma), or completely do not understand the essence of what happened, or try to put on a good face with a bad game. And not to see the absolutely clear connection of this demarche with the previous "visa scandals" is the height of naivety. Everything that is happening, rather, is, if not part of a well-thought-out plan for the final destruction of the remnants of normal relations between our countries, then at least links in one chain. Reflection of the general trend and "spirit of the times". Recently, Russophobia has not only become a leitmotif of Washington's state policy, it has permeated it through and through, so much so that it will not erode, perhaps.

A very striking example is the recent public statement by former US Permanent Representative to the United Nations Nicky Haley:

Russia will never be our friend!

This lady, who is among the representatives of the American politicum, truly, one of the standards of anti-Russian rhetoric, not embarrassed at all, says that the United States "does not trust Russia, does not trust its president Vladimir Putin and will never trust it!" What, as they say, more? Ladies and American lawmakers are not far behind this brisk language. So, a group of senators, led by two other eternally militant Russophobes - Mark Rubio and Ben Cardin, has recently come out with no way to count what is already a “landmark” initiative. It concerns, as you might guess, the introduction of regular sanctions against our country. The reason for the new restrictions, according to these restless "fighters for democracy", should be "prolonged persecution by the Russian government against dissidents and opposition leaders." Gentlemen, senators consider it a flagrant injustice that the personal sanction lists to this day do not contain the names of the Prosecutor General of Russia, the Minister of Justice of the country and the head of the FSIN. Atu them! To the Magnitsky list immediately! We’ll start with these, and then how it goes. And after all, they were not too lazy to build up the corresponding cart at the State Department and the Ministry of Finance. As they say, Mike Pompeo and Stephen Mnuchin in their own hands. So definitely have to respond ...

There are, however, no matter how surprisingly this sounds, among American congressmen there are also those whom the anti-Russian bacchanalia, which is intensifying before our eyes, is seriously worrying. Eliot Engel, who chairs the House of Representatives Committee on Foreign Affairs, recently sent a very sharp letter to the President’s National Security Advisor, Robert O'Brien, in addition to posting it on the official website of his own committee. In his message, Mr. Engel expresses utmost concern for the White House plans to withdraw from the next Russian-American agreement - the Open Skies Treaty. The Congressman bluntly calls such a decision “hasty and stupid,” and also contrary to the interests of national security of the United States. In this case, of course, in no case should there be even a shadow of the thought that a Washington politician cares for peace or is tormented with remorse about the possible treachery of his country, one after another destroying the agreements that are the cornerstones of the international security system. What worries him is the fact that the United States will lose “additional capabilities to monitor Russia's military activity,” and, most importantly, mortally offend and deprive its own allies. In particular, Ukraine and Georgia.

The flights under the Treaty, in his opinion, help to “receive information about Russian military operations in Ukraine” and even “verify the further Russian aggression”. What Engel means specifically about this is completely incomprehensible. But at the same time, he is confident that the United States should "prepare for the challenge that Russia represents, which continues to act in unexpected ways." In a word, the same approaches, only in profile. The moderate Russophobe scolds the Russophobes of the crazy ones who, carried away, run the risk of making another “shot” in their own leg, having lost another opportunity to monitor our country. It should be noted that the American side is zealous in this matter even without any agreements. For example, recently, the US Air Force UAV RQ-4A Global Hawk with tail number 04-2021, "fluttered" from a base in Italian Sicily, snooped around the borders of our country for almost a day, flying along them from Donbass to the borders of the Pskov, Kaliningrad and Leningrad regions . This drone is intended to be reminded for conducting deep strategic reconnaissance and, of course, it looked out for mushrooms in the bordering Russian forests ... Having torn the Treaty mentioned above, the Americans obviously plan to carry out “supervision” of Russia precisely with the help of such “birds” shutting his own sky tightly for our observer aircraft.

The question remains open as to how, after all, should our country react to the demonstrative actions of completely unbelted Russophobes from Washington? “Expression of deep concern”, indignant notes and the like in the framework of the diplomatic protocol - all this, of course, is correct. However, is it not time, for example, to study the experience of the Chinese comrades very quickly, who quickly replaced the United States and Canada after the daughter of the head of Huawei Corporation was detained in Vancouver. No, I don’t propose to immediately grab onto the mickets and drag into the jail all US citizens who have come to hand ... However, the complete refusal of representatives of the Russian deputies to travel to the United States, presented as a “response measure,” seems to agree, rather, surrender, than an adequate reaction to provocative rudeness. Knowing the "mentality" and worldview of the Americans, the lack of concrete actions on our part, and quite tough, they will perceive exclusively as a manifestation of weakness and encouragement to new, even more unacceptable demarches against Russia and its citizens.

We are in Yandex Zen
It's important
24
Ukraine from the inside: traitors, curators and those who watch from the Kremlin
Ten "defeats" of Putin
Reporterin Yandex News
Read Reporterin Google News
8 comments
Information