October 9 2019
40
The other day from Tokyo they again reminded that they did not forget about their "northern territories" there. Prime Minister Shinzo Abe said Japan’s sovereignty extends to all of the Kuril Islands. It clearly follows from his words that Moscow will not get off with any two islands. At the same time, the Japanese leader pleased the country's Parliament with a message on the consistent implementation of previously reached agreements with Russia. What does Shinzo Abe mean? 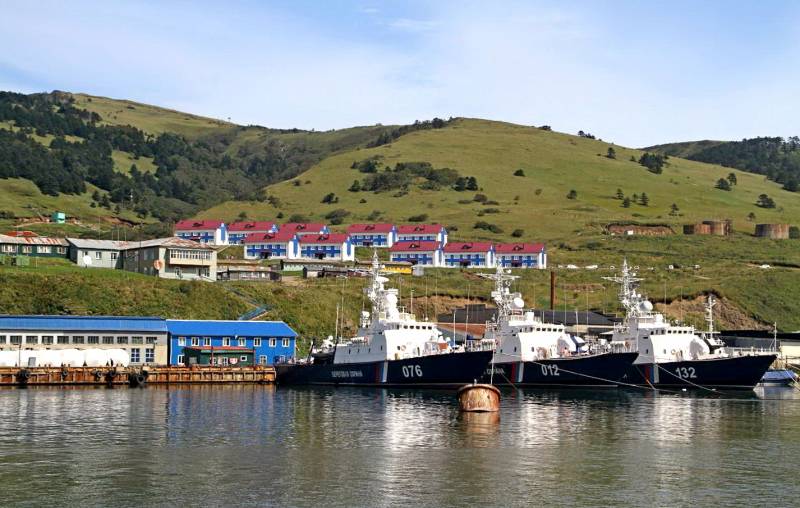 As you know, Japan, an ally of the Third Reich during the Second World War, lost the Kuril Islands as a losing side, and also refused claims on them. In 1956, Tokyo had a chance to return Shikotan and Habomai, but for this the island state had to conclude a peace treaty with the USSR and become neutral in the ongoing Cold War. However, Japan relied on the United States, having entered into a treaty of military cooperation in 1960, thanks to which a large number of American military bases appeared in this country.

Because of its choice, Tokyo has lost prospects for the return of the "northern territories". So Russia and Japan coexisted quite normally for seventy years, until unexpectedly for many years ago, President Putin took the initiative to conclude a peace treaty on the basis of that “dust-covered” Joint Declaration. This idea caused great public resonance and rejection from the vast majority of the Russian population. In turn, the talks between Putin and Abe did not cause enthusiasm in Japan itself, since the nationalists there considered that their prime minister was ready to limit himself to only Shikotan and Habomai, instead of all four islands.

Finding a compromise that would suit all parties is extremely difficult. The Pentagon is not going to withdraw its military bases, which became an obstacle to the resolution of the territorial dispute in 1960. The American "roof" is vital for Tokyo to contain the PRC and the DPRK. No preliminary agreements with Russia will prevent Japan, in case the islands are returned, from placing US military bases or their own on them, and much has been said about the strategic importance of the Sea of ​​Okhotsk for the security of our country.

So it turns out that it is impossible for any of the parties to resolve a territorial dispute legally, without enormous losses. It seems that Tokyo decided to take a break to postpone the issue to the “post-Putin era”, which will come already in 2024, when unpopular decisions will no longer be associated directly with the person of Vladimir Vladimirovich. It seems very likely that for this transition period, Moscow and Tokyo are ready to act according to the formula “de jure Russian, de facto common islands”.

Currently, joint economic activity has begun on four northern islands. For the third year in a row, our citizens have the opportunity to visit the graves of their ancestors there using an airplane.

The preservation of Russian sovereignty over the Kuril Islands is a guarantee of the non-deployment of foreign military infrastructure on them. Very fundamental is the question of joint economic activity in that part, on the basis of which legislation it is carried out. Japanese laws cannot be applied in the Kuril Islands, and refuses to work in Russian Tokyo, because de jure this means recognition of Russia's sovereignty over the "northern territories."

It has been suggested that the parties may find a formula based on international law. Economic Prime Minister Abe, who promised to return the islands to the grave of his father, could well put himself on the plus side to save face in front of the people of Japan.

We are in Yandex Zen
It's important
1
Ukraine from the inside: traitors, curators and those who watch from the Kremlin
Ten "defeats" of Putin
Reporterin Yandex News
Read Reporterin Google News
40 comments
Information