NATO is going to "try a tooth" on the borders of Russia: the deadlines are set

October 8 2019
16
The grand military exercises Defender-Europe 2020 launched by the United States will definitely not contribute to peace and tranquility in Europe, in the territory of which they are going to conduct them. Judging by the stated goals and objectives of the maneuvers, the number and composition of their participants, the most vicious suspicions suggest themselves. 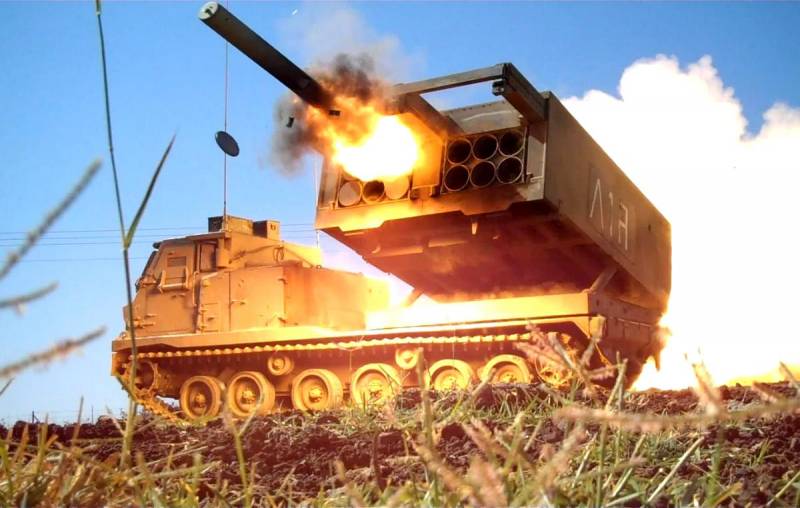 What was really conceived in Washington and Brussels? What awaits us next spring: an attempt to unleash a military conflict with Russia, or just a dress rehearsal for that? And why is this and other anti-Russian militaristic demarches actively supported in Berlin?

The military games organized by NATO at the initiative of the United States at our borders are not only the most ambitious for at least the last three decades. In fact, this is the return of the old and by no means good teachings of the North Atlantic Alliance Reforger (Return of Forces to Germany), which he regularly conducted during the Cold War during his training to attack the Soviet Union. All of their essence, in fact, comes down to only one thing - the fastest possible transfer of the largest possible masses of Alliance troops to the East and the creation of a crushing "shock fist" aimed ... Well, you yourself understand against whom. There is no question of any “containment” and development of the actions of troops in defense. The expected legend of the exercises is the deployment of US armored divisions in Eastern Europe and the "conduct of a large-scale offensive operation" from the territory of Poland and the Baltic states. Very frankly, in my opinion. The commander-in-chief of the US forces in Europe, General Christopher Cavoli, openly declares that the main goal of the planned action is "a demonstration of power that can be deployed in a short time." And then he adds: "to calm the allies and scare away the enemies." Oh, you scarecrow! Bring the hedgehog to confusion - in violation of the statutory form of clothing ...

In a modern war, incredibly fleeting and swift, it is unlikely that anyone would think of arranging large-scale redeployment of troops (and even across the ocean) after the start of large-scale hostilities. Such escapades make sense only if the plans of the command inflict the first, or, as they like to say in NATO, "preventive" strike. Apparently, they are going to work it out. They suggest extremely bad thoughts and lists of participants. Involved in the exercises will be, first of all, 20 thousand American warriors - both those who are in the Old World at the places of permanent deployment, and hastily delivered from across the ocean through the efforts of a special operational headquarters in Virginia. On the territory of 10 European countries bordering Russia and as close as possible to them, in addition to them, contingents will “frolic” with a livestock of 17 thousand armed individuals from another 18 countries. Well, Germany, that’s okay - there’ll be a special discussion about her a little lower. But the rest is just like a selection: Poles, Latvians, Lithuanians, Estonians. And Georgia and Ukraine "signed up" - where would they be without such a thing! Nearly bursting with pride, the General Staff of the Nezalezhnoy recently officially announced: “an aviation transport unit based on the Il-76MD aircraft and a unit from the Special Operations Forces (MTR) of the Armed Forces of Ukraine will be involved in duty as part of the NATO Response Force in 2020 year. " Oh, your will, but it all smacks ahead of time of the prepared vileness on an especially large scale ...

In Berlin, forgot about the "can repeat"?

The key logistic center for the transfer and "transshipment" of all these colossal masses of troops and attached to them equipmentshould become Germany. It is through it that the main military transport flows, both automobile and railway, will go. Local seaports will be fully involved. Alas, it cannot be said that participation in Defender is Berlin's only contribution to NATO’s militaristic fuss directed against our country. Not at all. For example, even the local German press notes with great concern the fact that the new Joint Support and Enabling Command, which is hastily being built in the Ulm city there, is suspicious that the country is "preparing for war with Russia. " I must say that most Germans do not like this prospect, even in a purely hypothetical vein. However, who is asking them? For example, the representative of the German Left Party, Alexander Noah, spoke extremely negatively about the upcoming Defender 2020 exercises, calling them nothing more than a “new provocation planned against Russia” and expressing confidence that such irresponsible escapades would certainly “provoke Moscow’s retaliatory steps ". The politician blamed the Alliance for what was happening, reproaching its leaders for “alienating such concepts as peace, disarmament and de-escalation”.

But the Pentagon has some left policy? There, in accordance with the famous fable, they listen, but continue to stuff the territory of the "allies" with weapons more deadly. Last month, 16 launchers of the American MLRS MLRS M270 arrived in German Grafenver (pictured). The US Army’s 41 missile and artillery brigade, which had been dismissed at one time, but was recreated literally last year, was reconstructed after some devil. Arriving at the new place of service of the installation of volley fire, at first glance, are tactical means of fire support brigade level. But - only for the first ... In fact, the MLRS M270 chassis is, so to speak, the basic part of a very cunning "designer" with fairly wide capabilities. Without going into special technical accuracy, I note: in principle, anything can stand on it - from regular “cassettes” with NURSs that hit 300 kilometers to operational-tactical missiles of a shorter or even medium range. It is technically possible that with nuclear warheads. Can anyone vouch for what kind of ammunition was brought to Grafenver in closed containers? I doubt it very much. Another troubling detail: the JSEC Alliance command center in Ulm mentioned above should not have been fully operational until 2021. Now, judging by the plans of the exercises, they decided to speed up. Why's that? Where in a hurry ?! It seems that the politicians and military officials of Germany, who put Washington’s whims in fulfillment above the interests of their own country, have forgotten some pages of their own history. And also for a long time they did not hear such a harsh rumor to the Germans warning: “We can repeat it!”

On the threshold - war?

I would very much like to answer this question unambiguously and negatively. Like, they won’t make up their minds, they won’t squeeze, their gut is thin and all that ... Alas, the ruthless reality does not give any reason for such reckless optimism. Recently, NATO exercises have followed almost one after the other - the traditional Sea Breeze 2019, which have been nagging our nerves in the Black Sea, Baltops 2019, which have become the Alliance’s most representative maneuvers in this area since the collapse of the USSR, the Rapid Buzzard air force, during which American F-16 Fighting Falcons, departing from bases in Italy, practiced refueling in Bulgaria. And who are they going to attack, it is there that they’ve “poured under the traffic jam”, and even in the “hot pit” high-speed mode, when the airplane’s engine does not even turn off? Iranians? ISIS? Something I can’t believe. At Baltops 2019, by the way, the recreated Second Fleet of the US Navy, pulled out of nothingness specifically for confrontation with Russia, primarily on its northern borders, “lit up”. Why, to put it mildly, Romania, which is not bathed in money, suddenly hurriedly rushed for huge money (2.5 billion euros!) To equip and significantly expand the air force base to Kogalnichana 30 kilometers from Constanta? It is being prepared for the deployment of 10 thousand NATO troops and the reception of not only the F-16, but also the F-35, that is, specifically American military vehicles. To Sevastopol, from there, by the way, there are 400 kilometers ... There are many similar questions, but there is only one answer to them - colossal military preparations are being conducted against our country. And in an emergency.

Do you know what else bothers in this context? Obviously, someone at the very top in Washington sanctioned and organized "information leakage" from the Pentagon. According to the American media, the report, allegedly addressed to the recently appointed chief of staff of the US Army, James McConville, who claims that the main strategic threat to the United States comes from China, is now “walking”. And a proposal is made about "the concentration of all the forces and means of the American army in the Asia-Pacific region." At the same time, the document emphasizes that "Russia can be restrained in Europe with the help of the smallest armed forces." Does this remind you of anything? I’m so very ... "Absolutely reliable information" distributed by Abwehr from the submission of the Fuhrer in 1940-1941 about the impending Wehrmacht attack on Britain. Somehow, the “suddenly” found out in the press “genuine” analytical note from the Pentagon with real actions like Defender 2020 does not fit at all. Are they holding us for fools, or what? It is clear that there is not the slightest sympathy for China there, but for some reason tens of thousands of military and tank divisions are being transferred to Poland. Far from Beijing, don't you find? Launching such a "smoke screen" is an extremely lousy sign. As a rule, especially dirty ideas are hidden behind it. On the other hand, events such as upcoming exercises, or the buildup of US military forces in Germany, Poland and the Baltic states were not something that could already be hidden. One way or another, but the next spring on the Western borders of our country, it seems, will turn out to be hot. How much We will see with time.

We are in Yandex Zen
It's important
33
Ukraine from the inside: traitors, curators and those who watch from the Kremlin
Ten "defeats" of Putin
Reporterin Yandex News
Read Reporterin Google News
16 comments
Information