October 3 2019
13
The tragedy ended with the demonstration performances of retro aircraft at the exhibition “Wings of Liberty”, held in the US state of Connecticut. 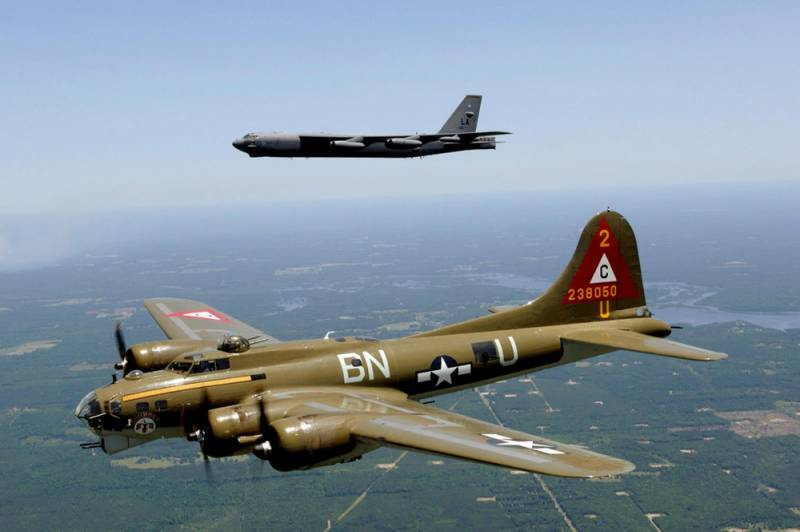 At the international airport "Bradley" one of the participants of the demonstration flights crashed - a bomber from the Second World War B-17.

According to American media, shortly after takeoff, the crew discovered a malfunction and tried to return to the airfield, but during the landing fell on the hangar, where the containers with anti-icing liquid used by the airport were stored.

Initially it was reported that two people died as a result of the disaster. Subsequently, it was found that seven people were killed and seven more were injured. In total, on board the fallen "flying fortress" were 10 passengers and 3 crew members.

BREAKING video from D. McDonald of the fire at @Bradley_Airport... Stay with @NBCConnecticut on air and online as this story develops #nbcct pic.twitter.com/Mjwbns8Ab3


Currently, the airport is partially closed, and authorities have warned passengers that delays in sending a number of flights are expected.

Recall that the B-17 "Flying Fortress" became the first mass-produced large aircraft and became famous for its survivability during combat operations.

In addition, the aircraft was protected from fighter jets by 9 to 12 Browning machine guns, and the presence of Norden's high-precision bomb sight made it possible to carry out accurate bombing from a height of seven kilometers.