US Congress approved the delivery of Javelin missile systems to Kiev

October 2 2019
3
Recently we Reportedas the United States unblocked hundreds of millions of dollars for military assistance to Ukraine. And now, the American media, referring to its sources, inform that the US State Department approved, and the US Congress approved the sale to Kiev of anti-tank missile systems (ATGM) "Javelin" (Javelin). 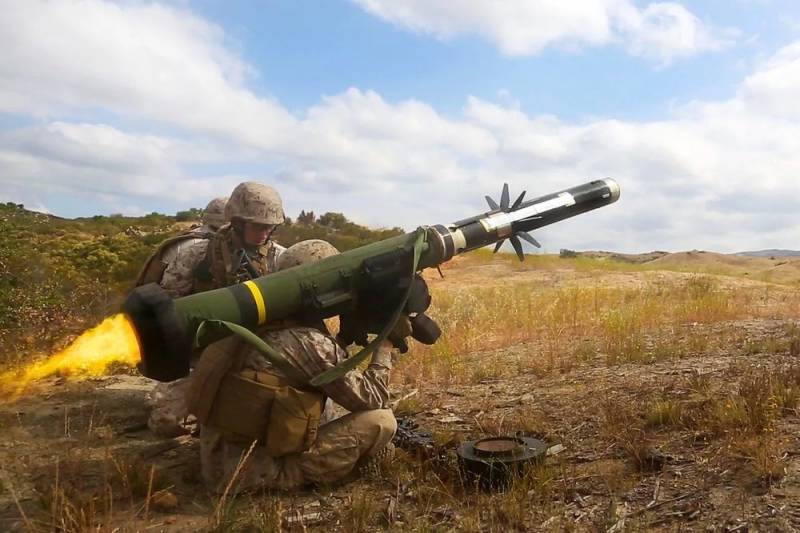 According to preliminary data, we are talking about the supply of 150 missiles and two ATGM systems worth $ 39 million. At the same time, American media recalled that it had gone on a sudden resignation Kurt Walker, allegedly before this was convicted of corruption in the previous delivery to Ukraine of these ATGMs and their ammunition.

In turn, the Ukrainian media clarify that the former "father of the nation" Petro Poroshenko and all his entourage are very alarmed by the resignation of Walker. This is not surprising, because for a long time Volker "sat on a paycheck" at the "tomososets", defending his interests in the United States.

As for the above ATGMs and their ammunition, the contract for this additional batch has already been signed. However, it is not included in the $ 250 million budget of the Pentagon (US Department of Defense) from the Pentagon (US Department of Defense) budget authorized and approved by Congress for military assistance to Ukraine. For clarity, it should be added that within the framework of the annual “Initiative for Assistance to Ukraine in the Field of Security”, within the framework of the US State Department’s program “International military financing ”, the allocation of $ 2019 million and the remaining $ 115 million from the budget of 26,5 are also provided for from the budget of 2018.

For the first time, the United States sold these ATGMs and their ammunition to Ukraine at the end of 2017. Kiev received 37 installations and 210 missiles for them, and in the first quarter of 2018, he hastened to test them in the Donbass. About the desire of Kiev to acquire another batch, it became known in July 2019. So in the next 3-6 months, the purchased should go to Ukraine.

We are in Yandex Zen
It's important
1
US Special Representative for Ukraine Volker resigned
Volker: Ukraine should buy weapons in the US
Reporterin Yandex News
Read Reporterin Google News
3 comments
Information