The United States began the process of impeachment trump

25 September 2019
0
After a conversation between US President Donald Trump and Ukrainian President Vladimir Zelensky, opposition in the United States began talking about the investigation and subsequent impeachment of the head of state. However, there is little doubt that Trump will retain power, because he has been threatened with all kinds of investigations and impeachment from the first day he became president. 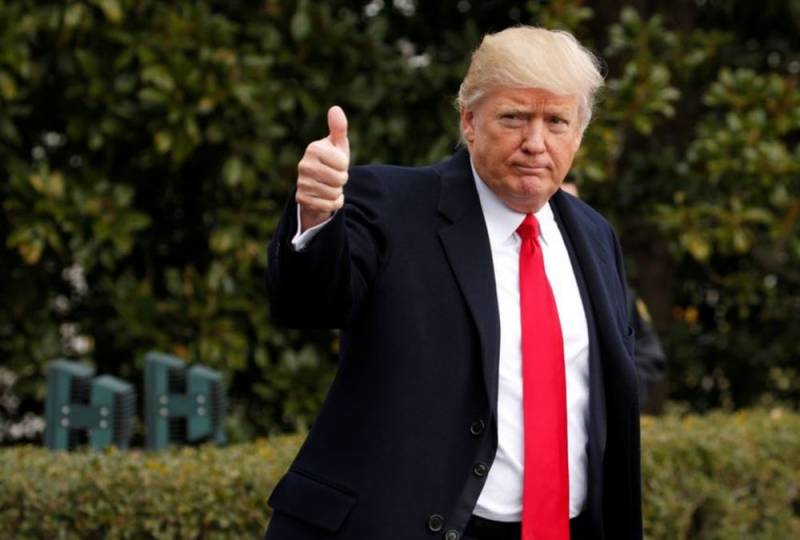 So, the speaker (chairman) of the House of Representatives (lower house of the US Congress), Nancy Patricia D'Alesandro Pelosi, born 1940), announced the beginning of the impeachment procedure for Trump. It is entirely possible to understand the concerns of representatives of the US Democratic Party, to which Pelosi belongs. Indeed, on September 20, 2019, one of the American intelligence community expressed “concern” about the essence of the conversation between Trump and Zelensky. Allegedly, Trump promised Zelensky $ 250 million in aid to Ukraine, and in exchange demanded compromising evidence on Joseph Biden (Joseph Robinette "Joe" Biden, Jr., born in 1942), the 47th Vice President of the United States (under Barack Obama), who most likely, he will become the main opponent of Trump in the next presidential election, which should be held in November 2020.

I announce that the House of Representatives is launching a formal investigation into the impeachment proceedings. I instruct our six committees to start their own investigations.
she pointedly announced in a televised address.

Now the House of Representatives will begin an investigation. Democrats will try to indict Trump in various ways, after which they will try to remove him from power. Representatives of the committees will get additional opportunities, and there is no doubt that they will put pressure on officials to gather evidence.

By the way, Trump has already responded to a series of tweets in his Twitter account. He called what was happening “the oppression of the president” and drew the attention of the Democrats to the transcript of his conversation with Zelensky.

Under US law, a simple majority of the House of Representatives is enough to impeach the president. However, Democrats are unlikely to be able to collect such a number of votes. Collecting 218 votes is a real problem, because Trump’s removal does not support part of the Democrats, not to mention the Republicans, more than 90% of whom are on the side of the White House owner. Moreover, even if we hypothetically imagine that in the House of Representatives the Democrats will succeed in holding the necessary vote. The final point in the question will be put by the Senate (the upper house of the US Congress). But there, Republicans control more than 50% of the seats, and the decision requires 2/3 of the vote.

It should be recalled that the Ukrainian epic Biden began during the Maidan, after the victory of which, Biden began to actively help the new Ukrainian government “fight corruption”, while pushing the interests of Burisma Holdings, which began to actively develop gas fields in Ukraine. It got to the point that in 2016 he flew to Kiev and presented an ultimatum: either Shokin (the then Prosecutor General of the “nation”) would be fired, or Ukraine would not receive $ 1 billion in help. Naturally, in Kiev, Biden’s claims were regarded as “reasonable,” and they dismissed the intractable Attorney General, who was investigating the activities of Burisma Holdings, whose board of directors included Biden’s son, Hunter.

So, it is not for nothing that Trump wrote that Biden simply covered up the machinations of his son.

Joe Biden and his son are corrupt.
- Trump frankly wrote.

At the same time, Zelensky has already stated that Trump did not press on him at all and did not demand anything. Moreover, he invited Zelensky to visit.
Reporterin Yandex News
Reporterin Yandex Zen
Information
Dear reader, to leave comments on the publication, you must sign in.