24 September 2019
3
The lesson that Ukraine received during last year’s provocation in the Kerch Strait does not seem to have taught her anything. 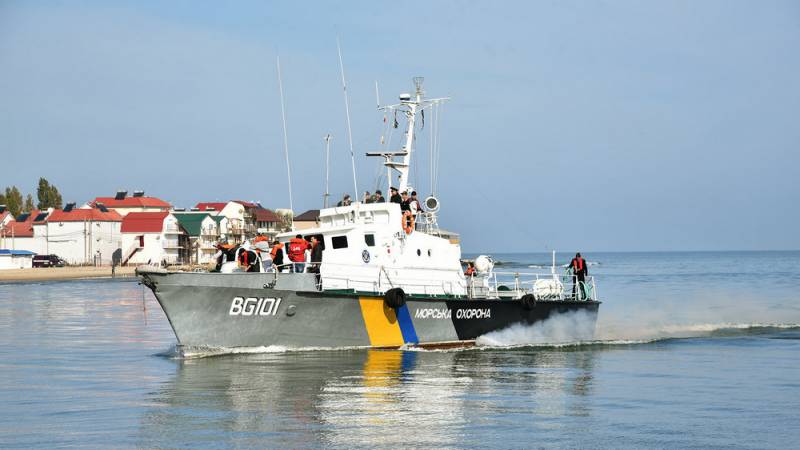 The head of the Ukrainian state institution "Hydrography", Alexander Shchiptsov, proposed a "forced negotiation procedure" with Russia to establish a border on the sea.

The corresponding statement by Shchiptsov appeared on the website of his department.

In his statement, the head of the State Hydrography appeals to international law, which Ukraine itself, as was the case with the detention of sailors in the Kerch Strait, does not seek to comply.

According to Schiptsov, the absence of a fixed border prevents Ukraine from “exercising its sovereignty”, “exercising its right” within the exclusive economic zones or the continental shelf, and “legally use” marine natural resources.

It is rather strange to hear such statements from an educated person, who is also the head of a state institution.

The Russian Foreign Ministry in July gave a clear and comprehensive answer to Ukraine regarding its rights in the Black and Azov Seas, as well as the Kerch Strait.

Russia believes that these issues do not fall under the jurisdiction of the international arbitrator in The Hague and therefore its decision will not help the Ukrainian side violate the laws of the Russian Federation.

We are in Yandex Zen
It's important
3
With the support of NATO, Kiev wants to repeat the provocation in the Black Sea
Pompeo greeted the Venezuelan impostor, but something went wrong
Reporterin Yandex News
Read Reporterin Google News
3 comments
Information