20 September 2019
3
Recently we informed readers about how Turkish President Recep Tayyip Erdogan and Russian President Vladimir Putin together visited the MAKS-2019 International Aviation and Space Salon in Zhukovsky, where the Turkish leader became interested in the Su-35, Su-57 and other high-quality products of the Russian military-industrial complex. And now, the head of PJSC United Aircraft Building Corporation (PJSC UAC) Yuri Slyusar reports that Russia has offered Turkey to buy the MS-21 and Sukhoi SuperJet 100 (SSJ-100). 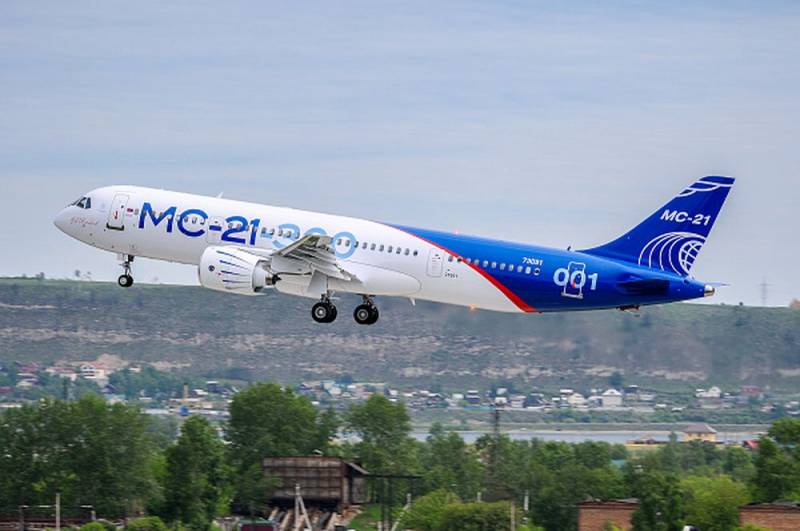 We held meetings with a number of airlines, to which we are ready to offer the MS-21 and Superjet 100. In addition, Turkey, as a country with a highly developed industry, may be interested in cooperation projects
- said Slyusar.

It should be noted that this happened after September 16, 2019, the promising Russian medium-range narrow-body passenger aircraft MS-21 (“21st Century Mainline Aircraft”), developed by Irkut Corporation, made a flight from Moscow to Istanbul. MS-13.26 arrived at Ataturk Airport to participate in the Technofest festival at 4 local time. In addition, in the same place, in Istanbul, Russia introduced Turkey a multi-functional, highly maneuverable 35 ++ Su-200 fighter (NATO codification: “Flanker-E +” - “Flanker”) and a Be-XNUMXES amphibious aircraft.

By the way, other interesting prospects of the Russian aircraft industry became known. For example, at the ongoing international aviation exhibition in Beijing (China), the United Engine Corporation (UEC), a member of the Rostec state corporation, proposed using its engine in a joint Russian-Chinese project for a wide-body long-range CR929 aircraft.
Ctrl Enter
Noticed oshЫbku Highlight text and press. Ctrl + Enter
We are
US scared of Turkey's interest in Su-57 and ready to sell its planes again
Putin answered Erdogan when asked about the purchase of Su-57
Reporterin Yandex News
Read Reporterin Google News
3 comments
Information
Dear reader, to leave comments on the publication, you must sign in.