19 September 2019
26
They say you can’t enter the same river twice. But Gazprom will try. The Russian gas company is once again ready to contact Bulgaria, through whose efforts South Stream was buried five years ago. Will this decision of the “national treasure” be a second jump on the old rake? 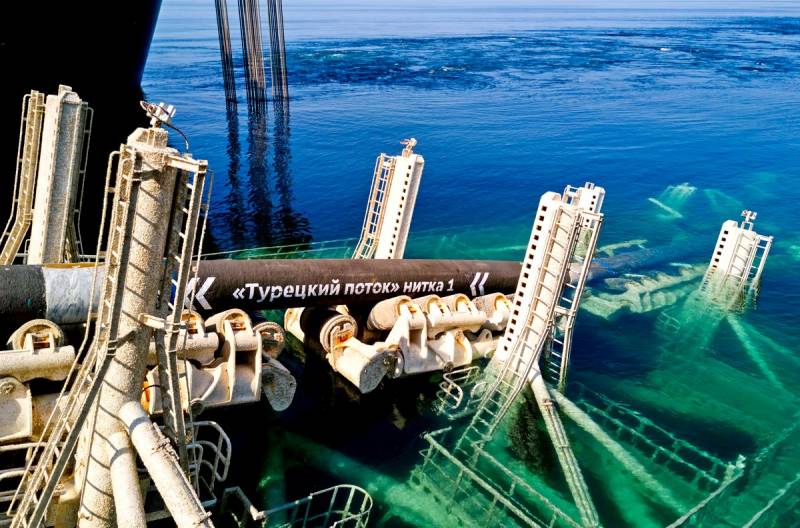 The South Stream gas pipeline was started long before the Maidan. Even then, the Kremlin “suspected something” and wanted to diversify supplies in order to reduce critical dependence on Kiev. Up to 63 billion cubic meters of gas were to be pumped annually through the Bulgarian Varna along the bottom of the Black Sea. The project cost was estimated at 16 billion euros.

The benefit of Bulgaria was obvious. Sofia not only provided itself with guaranteed supplies of “blue fuel”, but also received a good profit from transit. However, local authorities began to behave "in Ukrainian", that is, to act to the detriment of themselves. The construction process was constantly delayed. After a meeting with US representatives, the Bulgarian government in 2014 suspended all work "until the comments of the European Commission are eliminated."

This was the last straw in Moscow’s patience, and the South Stream was curtailed in favor of the Turkish Stream. Now our new “best friend” is Turkey, but even that is not all right. On the one hand, Ankara proved that it is capable, unlike Sofia, of defending its national interests even in the confrontation with Washington. On the other hand, Turkey intends to squeeze everything out of its transit position by knocking out maximum discounts from Gazprom for its domestic market.

Unfortunately, things are not limited to Turkey; it was necessary to choose a transit country for the subsequent laying of the pipeline to Europe. And then the choice again falls on Bulgaria, and, the performer selected another "great friend" of Russia, Saudi Arabia. Head of Government Boyko Borisov said:

While some of us asked about relations with our neighbors, with Russia, with Saudi Arabia, an agreement was signed today. 90% of the pipes for the Balkan Stream have already been delivered to Bulgaria from Russia, and tomorrow we will begin to deliver them along the highway, financing has been secured.

Instead of the “South Stream” through the territory of Bulgaria, the “Balkan” will go, already of lesser capacity and poorer conditions than it was in 2014. Is this a wise decision?

For cooperation are arguments such as the "Slavic brotherhood" and our common history. If you look at modern Russian-Ukrainian relations, the arguments are so-so. Against the arguments more.

At first, Bulgaria - a member of NATO (like Turkey, by the way), a military bloc of anti-Russian orientation.

Secondly, the course towards revising Sofia’s ideas about the history of the Second World War is clearly marked, and this is a matter of principle. More recently, the Bulgarian authorities called the "dubious" thesis about the "liberation of Europe by the Soviet Union."

Thirdly, in Sofia, at the helm there are exactly the same people who closed not only South Stream, but also the Belene NPP construction project, as well as the promising Burgas-Alexandroupolis oil pipeline to the detriment of their own country.

Where are the guarantees that the next American will not arrive at the start of the pipeline political landing, and the gimp will not start again? Now, instead of Ukraine alone, for the sake of gas transit, we have made a whole bunch of new friends - Bulgaria, Turkey, Saudi Arabia - with any of whom hardly anyone voluntarily "went into reconnaissance."