18 September 2019
1
On September 18, 2019, the People’s Militia (NM) of the Donetsk People’s Republic (DPR) presented another report on the situation on the contact line. At the briefing, the information was brought by the official representative of the NM DPR Rinat Aigistov. 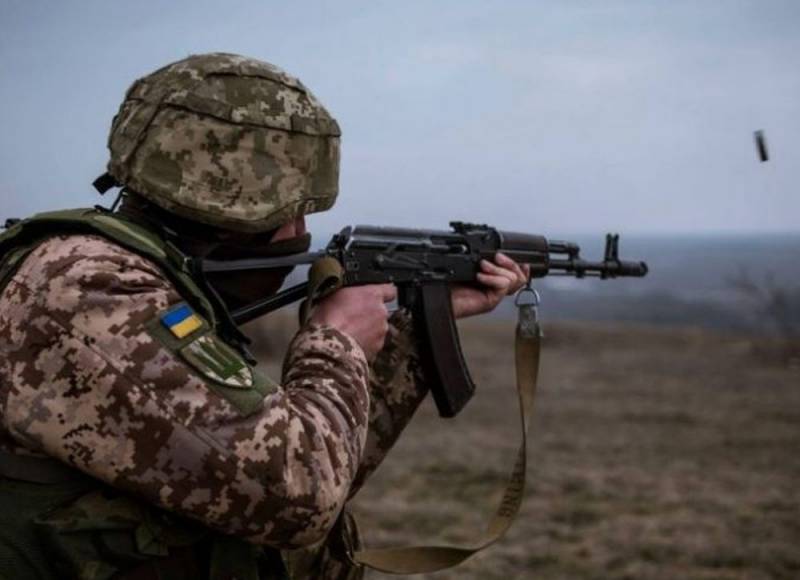 So, according to intelligence, one of the servicemen from the 36th separate brigade of the Ukrainian Armed Forces marine corps, while being intoxicated in the area of ​​the village of Pishchevik, opened fire with automatic weapons at his colleagues because of jealousy of a volunteer. It is clarified that the “distraught maneuver was neutralized” only by opening fire on him to defeat. As a result of the incident, two servicemen of the Armed Forces of Ukraine were killed, and one was injured in the leg.

In addition, it became known about the death of another serviceman of the Armed Forces and the failure of one unit equipment (BMP-2) in the area of ​​the village of Sands. The dead was a soldier of the 23rd battalion of the 56th separate motorized infantry brigade, crew commander Sergeant Fokurin. This happened when his BMP-2 hit their own (APU) mine-explosive barriers.


Aigistov also told how many times the Ukrainian military violated the ceasefire and how UAVs use drones, demonstrating one of the downed DNI air defense. He specified that at present, 10 UAV UAV calculations are under preparation in the Donbass, which are working out joint operations with artillerymen.

We are in Yandex Zen
It's important
3
Undermining special forces and the battle for a drone: details of recent battles in the Donbass
A soldier of the Armed Forces of Ukraine shot militants "Azov" because of ideological differences
Reporterin Yandex News
Read Reporterin Google News
1 comment
Information