“Come to us and work for us”: Snowden told how the FSB recruited him

18 September 2019
2
September 17, 2019 in bookstores around the world, a new book began to appear by Edward Snowden, a former technical expert at the Central Intelligence Agency (CIA) and the US National Security Agency (NSA), “Permanent Record: Meine Geschichte” (“Permanent Record: My Story”). In it, Snowden first spoke about his arrival in Russia in June 2013. 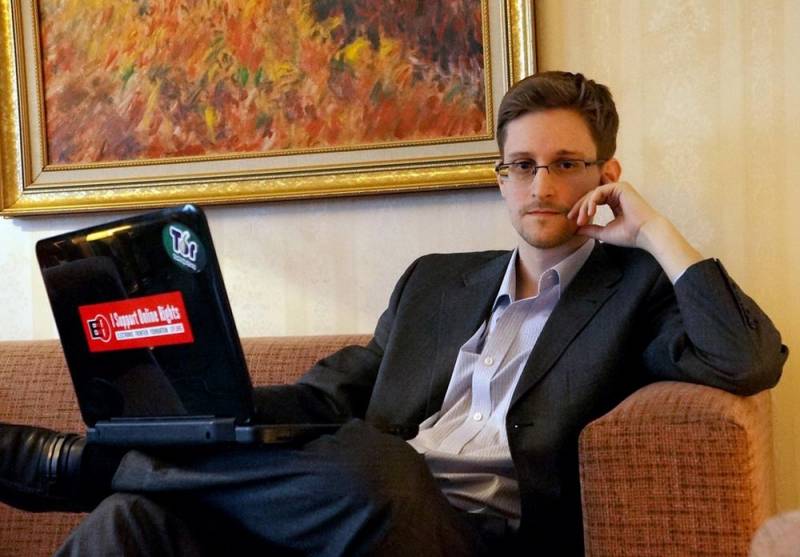 In his memoirs (memoirs), Snowden noted that right at the Sheremetyevo Airport (Moscow), he received an offer from the FSB of Russia on cooperation, which he immediately rejected. The American said that he and WikiLeaks accompanying journalist Sarah Harrison were escorted "to a conference room of sorts, where half a dozen men in gray sat at the table."

An elderly man sat in the center of the table, whose suit was better than the rest ... He indicated to me and Sarah to take seats opposite him, cleared my throat and suggested to me in acceptable English “Cold Pitch”, as it is called in the CIA . This is a proposal by a foreign intelligence service, which can be defined as "come to us and work for us"
- the book says.

Opportunities of any kind are offered as a reward for cooperation ... I knew that I could not let him finish. If you don’t immediately interfere with the speech of a foreign intelligence officer, then this, in certain circumstances, does not matter - if you reject his offer in the long run, because they can ruin your reputation simply by distributing a record that indicates your indecision
- wrote Snowden.

Snowden noted that at the end of the conversation he was informed that the US authorities had canceled his passport. That is why he could not get out of the transit zone of the airport, and then fly to Ecuador, in transit through Cuba and Venezuela, as he had planned before. During his stay in the transit zone, he turned to 27 states of the world with a request to grant him asylum. All of them refused him, because "not one of them was ready to withstand the pressure of America." As a result, the Russian authorities granted him a residence permit.

By the way, in connection with the release of the next book by Snowden, the US authorities filed a lawsuit against him. The thing is that the US Department of Justice regarded the publication as a violation of the non-disclosure subscription that he gave when he entered the secret services.

It should be recalled that Snowden became known to the general public after he told reporters in 2013 about the secret program of the US special services for tracking Internet users. Snowden was more fortunate than WikiLeaks founder Julian Assange, about uneasy whose fate we told repeatedly.

While in Russia, Snowden stopped being afraid of US intelligence agents, married his girlfriend Lindsay Mills and began to lead a normal life, acting as an expert in the field of cybersecurity. For example, he recently talked about the threat posed by WhatsApp and Telegram messengers, and recommended using Signal and Wire, which are safer.
Ctrl Enter
Noticed oshЫbku Highlight text and press. Ctrl + Enter
We are
"Go for a walk!": Zelensky drove the official out of the hall
Starting table for the "Angara" began to build at the Vostochny cosmodrome
Reporterin Yandex News
Read Reporterin Google News
Ad
We are open to cooperation with authors in the news and analytical departments. A prerequisite is the ability to quickly analyze the text and check the facts, to write concisely and interestingly on political and economic topics. We offer flexible working hours and regular payments. Please send your responses with examples of work to [email protected]
2 comments
Information
Dear reader, to leave comments on the publication, you must sign in.